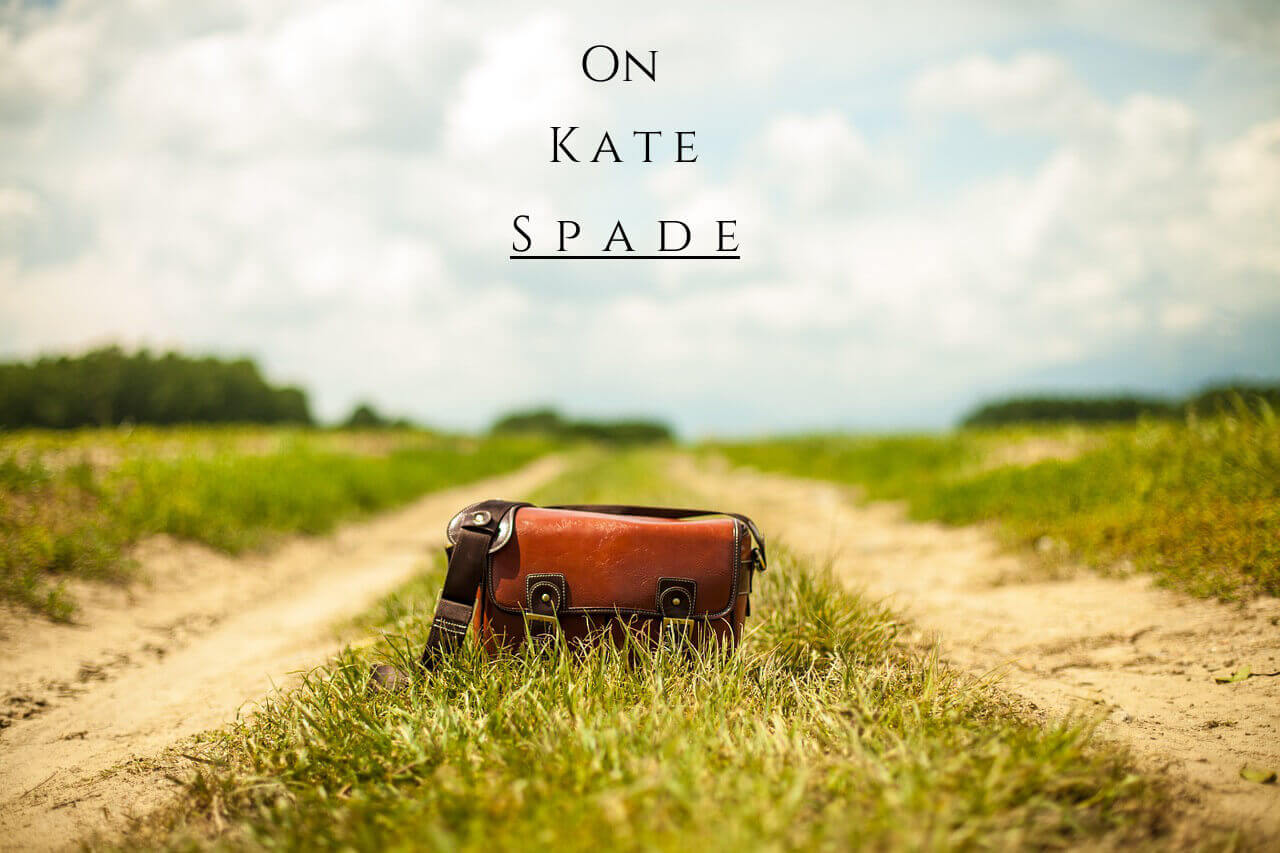 Last night I had dinner with some friends .

and they mentioned that they were traveling to New York to see a sibling whose ex-husband had committed suicide. He was a successful Manhattan psychiatrist who jumped out of a window. He left behind a 13-year-old daughter.

Now I read that, 8 minutes ago, they found designer Kate Spade, dead, hung in her apartment. She was 55 and she leaves behind a husband, child, and millions of fans.

I don’t know why someone would seek out suicide. I would be lying if I said I’d never felt the inclination. I think that’s something crossed all our minds in some capacity. When there seems to be no end to our sorrow. When the pain doesn’t stop. When the weight of the world is too much to carry (on). But I’ve never had to guts to actually follow through with anything. Never wanted to put those I love through so much pain and painful questions. I couldn’t take it if I left so many people wondering if they “could have done something.”

The only thing I think I can take away from this tragedy is that, in a world where there is such misery, so much loss, so many confusions, so much pain, and so much secret agony, that we never really know what’s actually going on with someone behind their eyes. What chaos and horror is commencing behind that face we see. So I vow to just…be a little more kinder…to everyone. That when someone is speaking, I’ll try to listen more. When they’re sharing, I’ll try to be more understanding. And know that what they’re telling me may not be all that they’re saying. I think we should all try to empathize a little more. Probably especially to those we don’t know very well. And, of course, never take those we do for granted.

There is, as they say, a world of hurt. And so many people are hurting. And many find it impossible to ask for help. So, because of that, we who “feel better” should give it. That extra minute. That added kindness. That encouraging word. That sympathetic self.

Because we never know what impact our gentleness, our friendship, our caring could have. Kate Spade may have been surrounded by loving friends and family and enviable success, but she still took her own life. It’s a sad, impossible situation. And I’m not saying, “If someone would have only…” I’m not saying that. But I’m not denying the power of loving eyes and understanding hearts. I’m sure her friends and family are asking themselves those pointless questions. Wondering what they could have done. How they could they not have seen? And that truth of the matter is, they’ll never know. We’ll never know.

All I know is that we’re the ones left behind and we still have a duty. To be there, when we’re asked to be. To maybe even ask how another person is feeling and truly, deeply mean it. There is power in love. It’s a power we could stand to use a little more, perhaps. I know I could. Meet opposition with compassion. Greet frustration with empathy. Counter sadness with understanding. So I’ll do that here. If you’re hurting, talk to me. I’d like to know. I’d like to help, if I could. Because I would miss you if you weren’t here. I’d miss you deeply. So don’t put me through that. No matter what you’re going through, let me try to help you. Because even though it may be unspeakable pain, I’d like to try to help you. Because I’ve been there too. And it was a kind word and a loving gesture that made me stay. So I’d like you to stay with me. Because you’re loved. You’re deeply, deeply loved. If I know you. Just a little. Or a lot. I do love you. And my life is all the better simply because you’re in it. Maybe I don’t tell you that enough. But it’s something you should know.