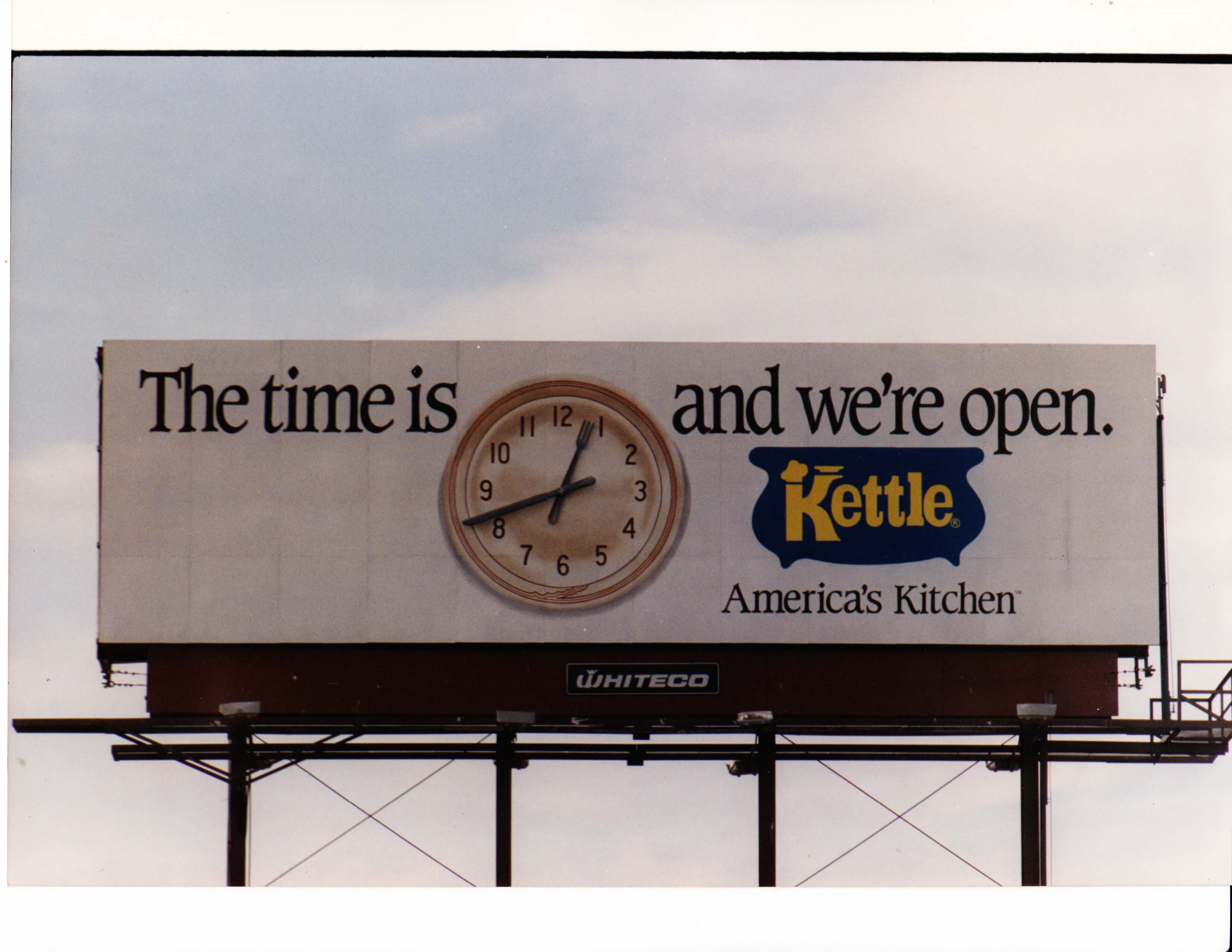 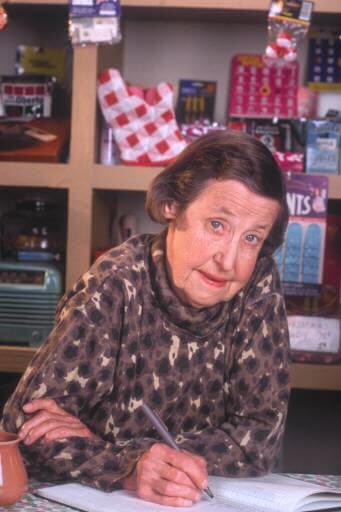 First, it burns the brand message right into your mind: This is a restaurant that is always open. Second, let’s be honest, when you’re driving (a tedious chore at best) and you see something like this, your drive just got a whole lot better. Maybe this is just me channeling my six-year-old self, that kid who just looked up at a Rainbo Bread billboard with bread slices just pouring out of the breadbag. I thought it was the most magical thing I’d ever seen, this giant loaf of animated gluten. A lot of other people must have been channeling their own younger selves because the billboard was a smashing success, with the company getting fan letters and overall mealtimes in markets where the billboards were erected going up as much as 14%.

I’m fond of the whole Kettle campaign I did, actually. Especially the radio which, unfortunately, has been lost in various moves, media cleanups, and my general stupidity over the years. But it was a wonderful radio campaign that, yes, won gold Addys across the board for best national radio campaign, as well as each spot winning individually, sweeping the category. That’s not why I love them. I love them because of the casting. Someone in the agency glommed onto the campaign and was championing for Tom Bodett to voice the spots. I hated that idea because (1) Bodett was synonymous with his award-winning work for Motel 6 and (2) I loathe plagiarism. So I set out to find someone better. This was a campaign I had sold to a meeting hall full of store managers and franchisees by, mid-presentation, taking my jacket off, loosening my tie, and crawling up onto a conference table and sitting cross-legged because standing up, stuffed and suited, wasn’t the feel of this campaign and my reading it that way wasn’t doing it justice. It wound up being a smart move, luckily, with the entire group voting unanimously to support the campaign.

So one night I was watching Northern Exposure, a huge hit for CBS at the time, and of suddenly lightning struck. The folksy but irascible shop owner, Ruth Anne, would be perfect for the Kettle’s new branding strategy. Her voice was like your favorite grandmother, it had a warmth, a wisdom to it that was priceless. I got hold of the agent of the woman who played the character, Peg Phillips, and sent her the copy. Peg thought the spots were charming and agreed to do the campaign.

For two years I worked with Peg and she was as kind and as professional as they come. I fell in love with her instantly and she was always so generous with her talent, taking my direction as I produced the spots. I remember recording in Seattle, the same studio the rock band Heart owned. We laid down the voice tracks there because that’s where Peg lived, the nearby small town of Roslyn being where Northern Exposure was shot. It was the same studio where R.E.M. recorded Automatic for The People (!), which was very cool.

Peg’s not with us anymore, but I always look back on those times with great fondness. She was so gracious to a new kid, just starting off in his career and she taught me that no matter how big you get, you always bring your A game, you always give it your all, as she did on the show, and as she did for me. Love you, Peg! See ya when I see ya. Dammit, I wish I had those spots. I can recite them almost word for word in my head but it’s just not the same without Peg’s voice.