Now it may be hard to tell, but this page, literally, has rutting on it. Two well-worn grooves that look like they were made a million trucks. The ad begged you to touch it and, as research showed, everyone did. There were two other ads in the campaign, one with cracking where the page had spiderweb cracks in it, the other with potholes and, yes, the page had three crumbling potholes on it. Or in it. All I know is those babies were deep! Still don’t see how they did it, but they did. Great printer and art director on that job.
And, oh yeah, the road wear of each ad stopped its descending crawl downward right at the headline, a subtle nod to the headline, like the polymer, actually stopping the flaws from occurring.( I know. So meta.) 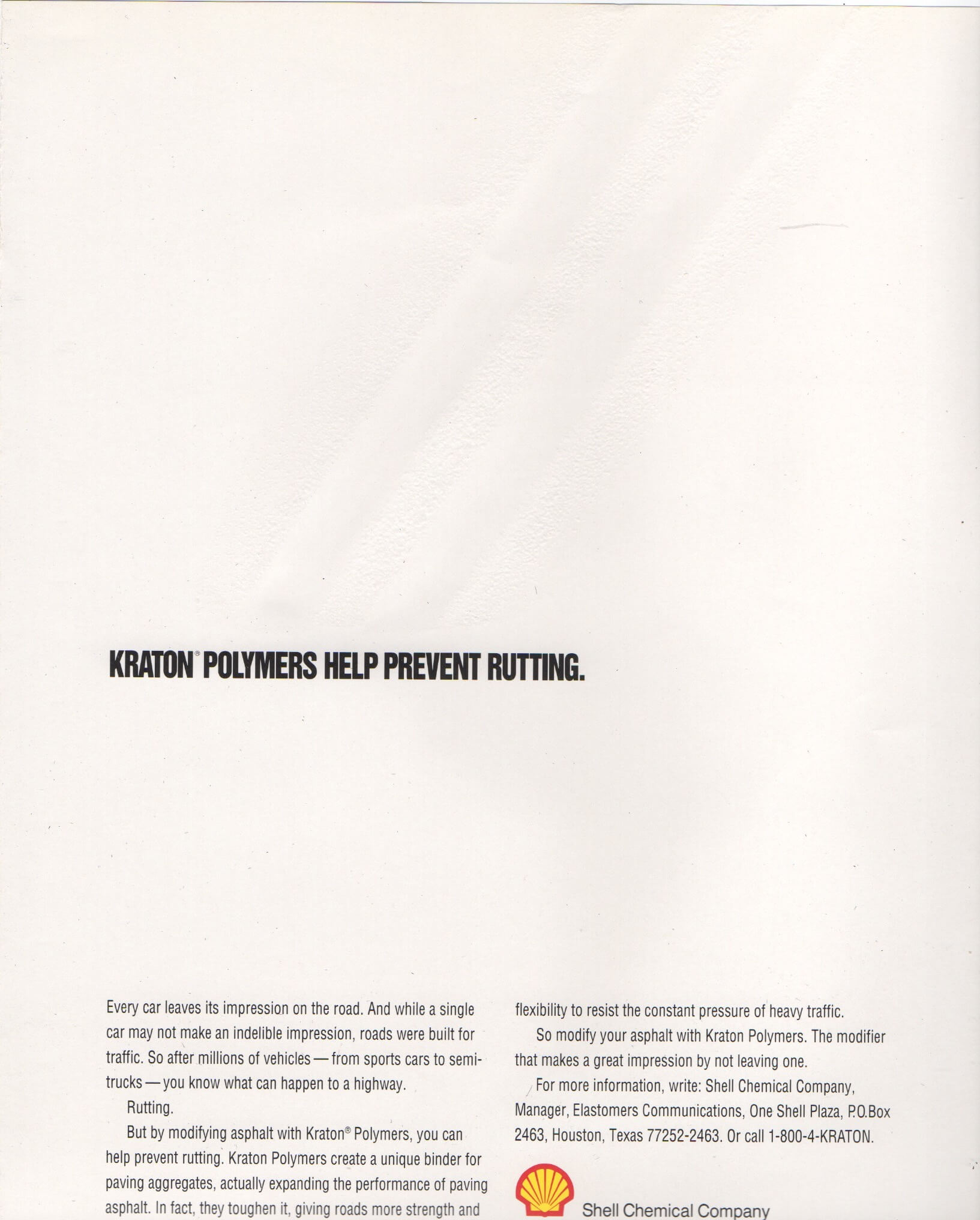