Once on the floor, she lifted her hat and a stylish mop of short, thick brown hair fairly exploded around her head. She took the scarf from around her throat and tied it to the strap of her purse. A quick dart to the right and Mason could see he wasn’t the only guy in the store looking at her. He was suddenly struck with a feeling of possession. I saw her first.

A full minute passed before he realized he was still staring at her. In fact, he hadn’t taken his eyes off her as she perused a table of cable knit sweaters at the front of the store. Her eyes moved from the various piles and up to the sweater-wrapped torso of a mannequin that was gesturing from the center of the table. Only then, when her gaze was upward and she might chance to see him looking at her did he actually quit doing so. But within seconds his eyes were on her once again, watching her as she moved through the store.

He probably would have kept gawking at her for another several minutes, but when she happened to look up again, she stared right at him, catching him essentially, and he shot his eyes downward, a flush of embarrassment feeling hot and tingly on his face. He was staring so hard if there was an inscription on one of the threads on the pair of blue jeans below him, he would have been able to read it. Easily. He started to sweat slightly.

Casually, he circled the table so that his back was to her and he waited a few seconds before moving to the next table and turning around again so he could once again look at her.

She was moving on to the coats hanging on the racks against the wall and he was at once happy that she was in the section where he was going to be momentarily while also felt a slight panic about it because he was afraid it might look like he was stalking her. Which he debated whether he was doing or not.

In fact, the only reason he probably stopped gawking at her was because she caught him again.

She didn’t react, only took her attention back to another item of clothing. But after a second, she looked at him again to see if he was still looking. He, of course, was.

For a moment, he wondered if she was only pretending to shop too, that maybe she was checking out Mason just as he was scoping her. When their eyes met again, their gaze lingered on each other a moment before either looked away.

It was then that he began to feel something strange. But unlike the flash of embarrassment he felt just a second ago, this was more a warming from within. Heat bloomed inside of him, spreading out from his chest, to his arms, and it came with a feeling, not so much comfortable, but more comforted. It was more than the acknowledgment of a pretty girl, it was something with more weight to it than that. It was a feeling like he had maybe already met this girl.

And that’s when he heard the voice.

It came from the deep, the murk of history, through long spaces of time passed. But once he realized whose voice it was, the comforting feeling was gone and replaced by something else. Something black and intimidating. Something metallic-tasting. Something like fear.

It was the medium. It’s what the medium said to him. When was that? He couldn’t recall immediately, his mind bending toward the memory, trying to re-hear every word. But he didn’t need to try that hard, the entire conversation flowing into him as if it had just happened ten minutes, not two years, before.

“Not now, but soon. A year or two. Maybe three years from now,” she told him, looking so deeply it was like what she was reading was etched onto the glass of his eyes. But her voice never strayed from its casual tone. Indeed, she spoke to him in a way that someone would order lunch, or ask you what time of day it was.

And how could she be so glib telling him this? He was in for what sounded like a two or three year dry spell. She almost sounded like it was a positive thing. Immediately he began to question the validity of this “reading” and he regretted ever coming. He wanted to reach into that box and take his fifty dollars out. He wanted to stand up and leave. Make her regret she ever thought about pulling the same thing over on him she was undoubtedly doing to others. Yet he didn’t. He just sat there and listened to her, something inside him secretly believing every word. Maybe he wanted to. Maybe because of Marayne, this gave him hope that he wouldn’t always be feeling this way. And if that was so, it was no wonder the promise of someone else tasted like water. He was physically parched, he could feel it on his tongue.

“You will have no other girl before that time,” she told him evenly but firmly.

A nagging part inside him kept telling him that this was just a trick, that the whole thing was a routine she did to ten, twelve tourists a day. And probably a handful of gullible locals. Still, he listened with interest to what she described. What she saw in such detail, such casual but certain detail.

Mason looked at the girl. The medium’s voice was a soundtrack he listened to while he watched her glide her fingers along fabric. Remembering what she said next, he was almost struck.

The medium looked at him warmly and smiled.

Now this fortune was sounding great, though he still had a hard time believing it. But he wanted to.

Then her eyes softened from the intensity they held while she was reading him. And she looked at him as if he was a different person almost, that he’d somehow been placed by someone else with a newer, different future.

“But your love line, honey,” the medium began. “It’s so short, honey.”

“Yeah, what does that mean?”

She was quiet a moment, then smiled softly at him and she began turning other cards.

Her voice was lighter now, more polite and sounding less sincere. She prattled on about a few other things—that he would have another job soon, one that would lead him to a happy career. She told him he would travel some, not vast distances, but trips that would make him happy. Death would not touch him, not for a very long time and that he, himself, would be very healthy. From what she could tell, he was going to live a very long life. But he heard none of it, thinking nothing of this girl.

And now here she was.

He was sure of it.

At the time, he talked himself out of any belief he might have had in her prophesies. He even told Delia and Gavin that he was pretty sure he’d been rolled for fifty bucks. Their fortunes had no downside to them. At least, no dark turn they relayed to him. But now he felt in his gut, in his very inner truth that this girl was, in fact, the girl the medium had told him about. And it wasn’t just because she had brown hair or because she was beautiful or because they were both at some stupid boutique at the same time. It felt like it was her. The very air had a feeling of destiny to it, as if this moment was as unavoidable as the chill in the air, and the warmth that she brought in with it. He even tried to talk himself out of it, telling himself that he was just projecting everything she said into this random moment. But it was an item he couldn’t buy.

He couldn’t feel the weight of the jeans on his arm now. And he was gazing at her without shame. He didn’t even care if she caught him again. He just had to look at her. See who she was. Imagine what they would soon mean to each other.

“But your love line, honey.”

They would mean so much to each other.

But it wouldn’t last.

But they would return. Maybe they would cause even deeper hurt. She was his true love. This time the cut would spill more blood. His recovery, if ever, would take even longer.

Mason stared at her, as if she was the sun and the longer he looked the more damage he would do to himself. Still he stared, nonetheless, as she stood there, shining.

She was so close, he could almost reach out. 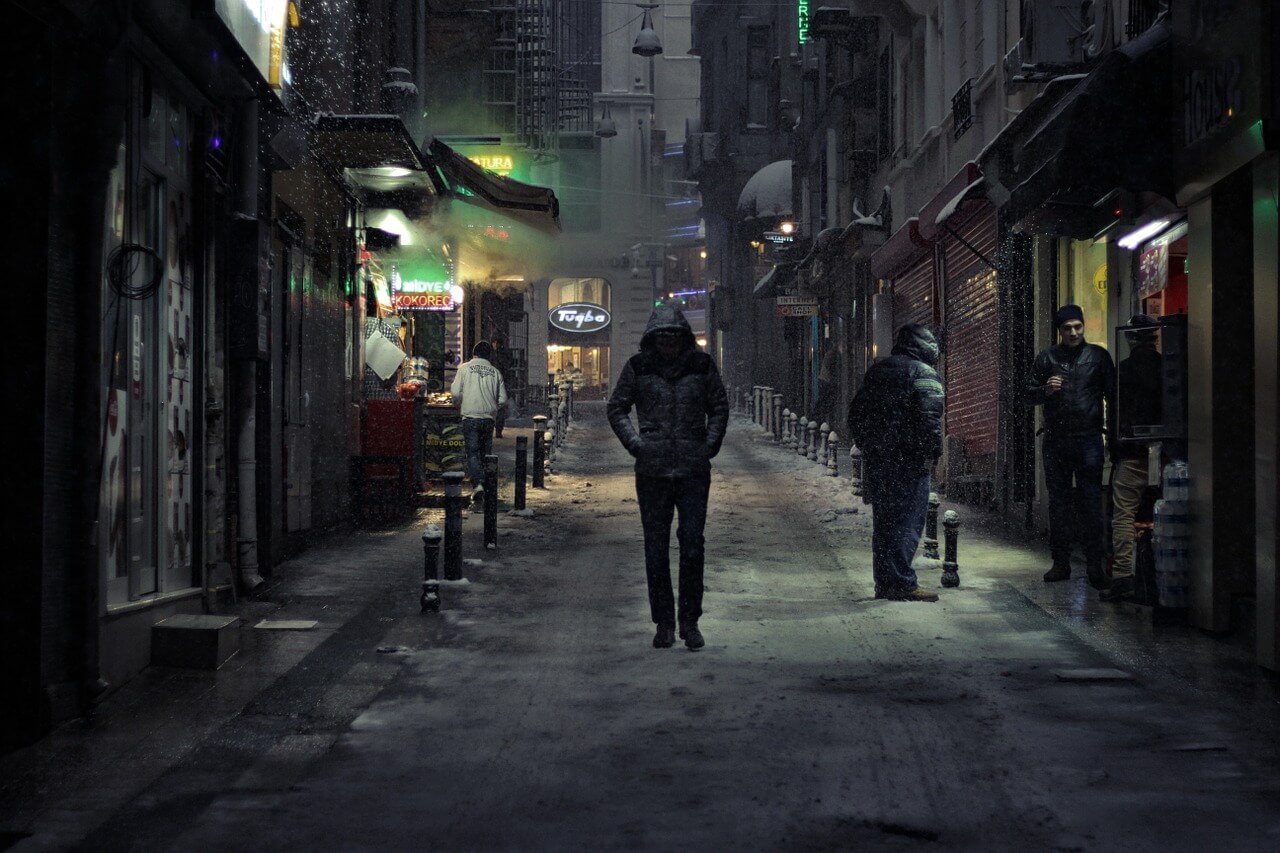