He had been skeptical about this whole adventure when Gavin had brought it up. He had suggested a swamp tour, a ghost tour, a graveyard tour, but Mason and Delia were chilly to all those ideas, written off as too touristy.

“Well we gotta do something that’s New Orleans while we’re here. And I don’t mean just get drunk. We coulda done that in any fucking bar in LA,” he had told them, his voice a bit testy. “How about a psychic? Uh, medium.”

“We could do that in LA too,” Mason pointed out. He had never been to a psychic and he felt there were better ways to lose fifty dollars.

“No, no, it’s different. What do you think, D?” Gavin asked, now trying to sway the vote.

“I’ve never had it done. I’m in,” she said, as if they were all going bungee jumping or something and Gavin jumped on her answer.

“There! That’s two against one. You don’t have to get a reading, Mason, but we’re going and that’s that.”

“Like I’m gonna go to a psychic and just sit there. It’d be like going to Vegas and not gambling. Speaking of, we could just—”

“NO. We’re going to the psychic and that’s final. We can go to Vegas if you wanna gamble. We can always go to Vegas.”

“And very quickly if we have the jet,” Delia pointed out.

“You think you’re going to be getting this plane all the time now?”

Madame Mimeaux’s pudgy hands stopped shuffling the cards. She began flipping them onto the table, seven of them, their strange faces telling Mason absolutely nothing. Not one of them was the Death card or the Lovers card, the only two he had any previous experience with and even that was only through a James Bond movie.

She slid the crystal ball to the side so Mason had an unobstructed view and she began moving her head back and forth, looking at them all the way from the left, then back to the right, several times. He was starting to get impatient, this tennis match pivot happening for a long time.

At last, she sighed and she looked up at him.

He searched her face and couldn’t figure out if she was about to tell him good news or bad.

The cold was setting records, with temperatures staying in the 30s so long, Mason had to face the fact that his light winter jacket, which was usually just fine, was not cutting it. He was going to have to break down and buy a proper winter coat, which aggravated him mildly since he doubted he’d need it again ever. Maybe if he went skiing or something, a recreation he’d never done, not even once. So on Saturday, he skipped his usual late sleeping, took his run early, showered and dressed, and started hitting a list of stores Delia had given him.

The first two stores were strikeouts but the third store, called Armory, looked like it might be a solid hit, from what he could tell by looking in the all-glass storefront. The cars in the parking lot, however, were a concern. There were a surprising number of Teslas in one spot. Before he went inside, he texted Delia.

Cars in lot look that way.

YOU CAN AFFORD IT

With her all-cap reprimand, he opened his car door and, in doing so, confirmed his decision to purchase a coat. It was freezing outside.

When he got to the front of the store, the door didn’t make the place look any less intimidating. The shop had forgone the usual, standard opening and, instead, had opted for a custom feature. The storefront was all one glass front and the only way you could determine where the door was, was due to the seams of the doorframe and a large, decorative wooden block that appeared to be the door’s handle. The glass was thick and the door was massive and, since it looked like it had considerable weight, Mason pulled on the wood with a goodly amount of force.

Either the glass wasn’t that heavy, or the hinging mechanism was incredibly effective, but when he opened the door with a strong pull, the giant slab of glass almost flew out of his hand, threatening to crash against the glass wall front of the store’s face. He barely caught it from flying out of his grip and, with the cold wind that was blowing, it took some strength and a little maneuvering to keep hold of the contraption.

As he entered the store, he took special care to pull the door behind him, closing it quietly and he was immediately thankful he hadn’t banged the door. The store was as quiet as a tomb, though there were several customers milling about in the spare, music-less space.

The interior was all polished, pale blond floors and wooden tables with legs made of bended metal in the shape of large triangles. Each table was stacked about five high with blue jeans, while shirts and tops were relegated to hanging racks on the walls of the store. Toward the front were the season’s winter coats, a combination of chic and tailored jackets, overstuffed, sleeveless coats, and long trenches. He immediately skipped those as potential purchases, sure he’d look like a child at halloween or worse, a flasher, and moved toward the jackets. But a table of jeans caught his eye and, though he wasn’t really in the market for a pair, he stopped to check them out.

Well, Delia’s a liar, he thought to himself as he flipped over a few price tags. Still, the denim was a rich indigo with unique, stylish stitching on the pockets and hem and he hadn’t been shopping in ages, so he began to justify his perhaps-purchase. He sifted through the stacks, but with each pair was confronted with his usual dilemma, which was the reason he wasn’t a fan of shopping for clothes. He could find his waist size easily, that was no problem, it was the length. All the pants were always 36, 38, and taller. Not only was trying them on depressing, for it only reminded him how frustratingly small he was, but whatever the price of the jeans was, he’d have to add on ten or more dollars for them to be cut and hemmed at a tailor’s so he could wear them. But he was here, he found a few pair he liked, so he placed the nuisance of the chore to the side and folded two pair over his forearm and continued looking for more at the next table. He figured, if he was going in, he might as well go all in and stock up for the trip to the changing room.

He felt a cold rush of air hit him quick and before he could look up, the quiet of the store was shattered, filled with the sound of a large cracking. It was the exact same situation he had faced when he came in, only whoever it was this time was not having the same luck as he’d had.

They better fix that stupid thing or someone’s gonna break it, he thought to himself, and then looked up to see what poor dope failed in their wrestling match with the contraption.

It was a young woman, bundled up in attire that proved Mason was one of the only ones out that day who was not in possession of a wardrobe that fit the colder climate. The girl wore thigh-high boots that made her look taller than she was, though Mason could tell she was about his height.  The remainder of her legs were wrapped in pale pink leggings that rose to a pair of modest (but snug) blue jean shorts. Above, she sported a bulky sweater and her neck was wrapped in a fat and fuzzy scarf, while her head was covered in a wool pullover cap.

She was beautiful and, as her now entirely candid demeanor would prove, a bit of a goof.

“Shit,” she said to no one in particular as she brought the door to a close and she seemed surprised the profanity had come out of her mouth that loudly. “Sorry,” she said with a shrug of her shoulders. Then she mouthed the word again and slipped down the three steps to the sunken floor of the store. A clerk stared at her with a hint of derision, but she seemed amused by this and bugged out her eyes at him, mouthing another, albeit this time less sincere, “Sor-ry!” a cross gimme-a-break glare on her face. 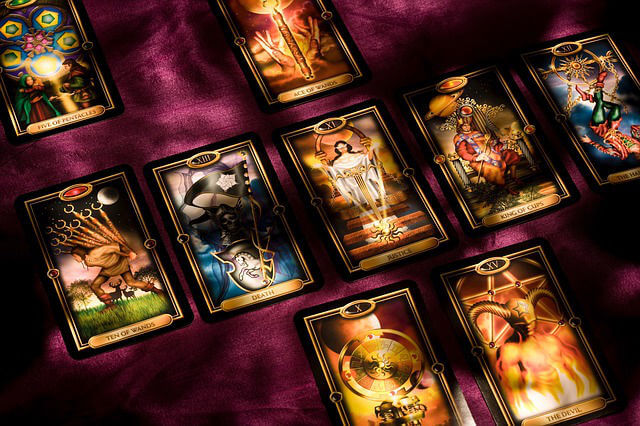