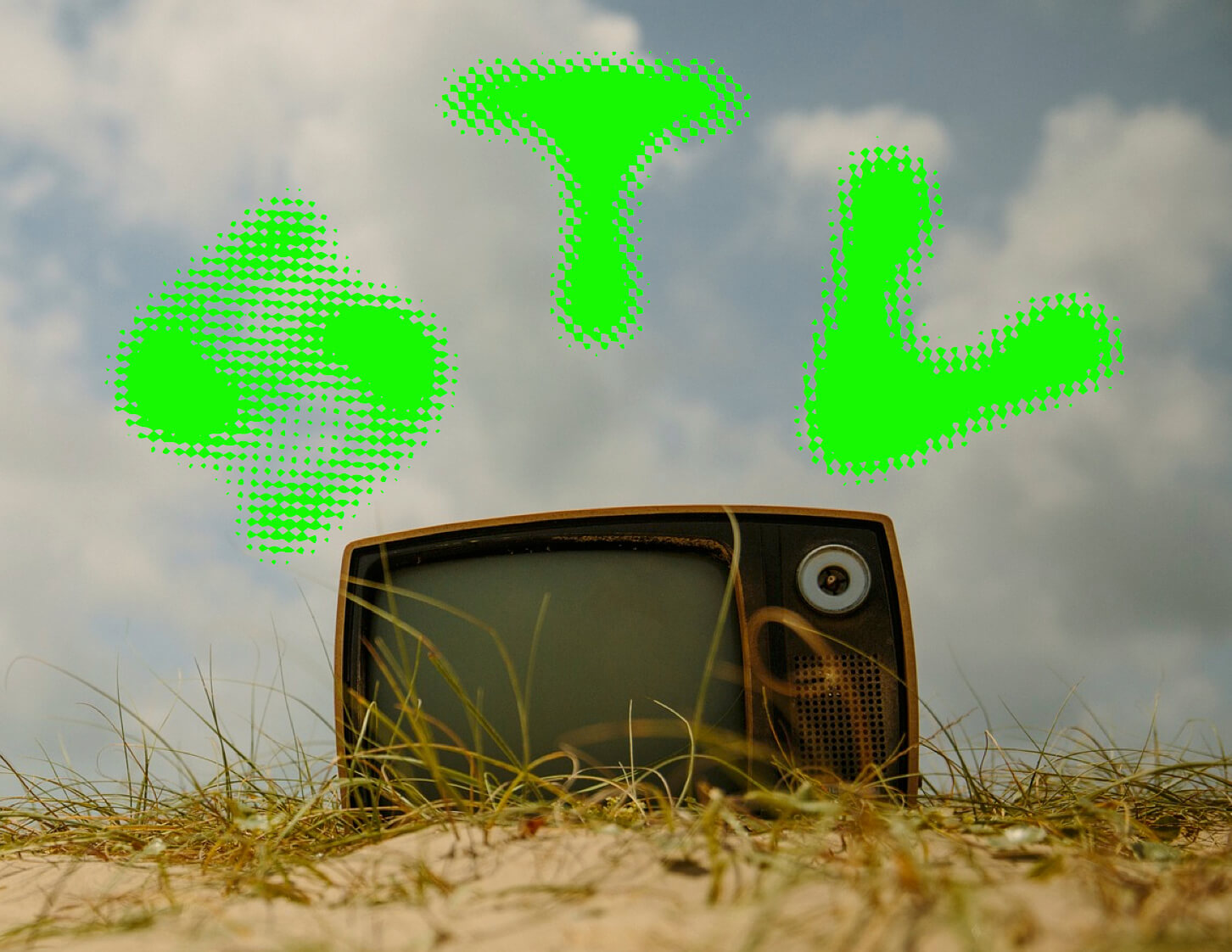 Please do not attempt to adjust your set.

Welcome to STV. S-TV. Or Stee-vee. I have to confess I’m not a great technical editor. Luckily for me there are some very talented fans and skilled hobbyists out there who can do this whole editing and uploading thing with far better prowess than I can. So they’ve edited clips or compilations (and, um, sometimes whole episodes) on YouTube and for that, I’m grateful. It’s very flattering and more than a little humbling that they find my work worthy enough for them to spend their time and talents on. I think their work is pretty cool, too, so I’m basically just doing what they’re doing, pointing out something I think is cool. So if you like what you see, seek out the rest of the show on DVD or VOD. These are all shows I’m pretty proud of. We now return you to your regularly scheduled program…

The famous Ghost Stories. Of all the shows I did, even the wildest adaptations, this one—except for the character and ghost names and some adlibs by the actors—is all me. Periodically, I’ll still read the comments for this one on YouTube. They’re hilarious. And it’s just thrilling when people actually like your stuff enough they quote it. Very cool. Not for the PC crowd, so if you tend to clutch your pearls easily, maybe keep this one for the bigger kids.

There are two versions of The Super Milk-Chan Show. One is exactly like the original, all the confounding Japanese jokes in place. There’s another “fosterized” version that changes things to bend a bit more American in its comedy. Happily, that one is viewed as the superior dub and it still confounds us all why Cartoon Network aired the other one. But it is what it is. I still really like the Office-like throughline of live action with the cast and crew just because I’m a fan of the cast. But the anime itself is a fun show. Hilarious performances.

A trailer for Gilgamesh, a dark thriller and the first goth anime ever produced. I went method when recording this, setting up the studio with black bare trees, black silks, and candles. All the actors wore black to their sessions to keep with the pitch black mood of the show. Check it out if you ever find it. It’s a slow burn, but a hot one. Sublime performances by a sprawling cast, too.

This is a behind-the-scenes peek at how the recording process plays out. This session was with the incomparable Claudia Black. She’s an amazing talent, and she has a great sense of humor, as you can tell by the screen.

Pani Poni Dash. A cute show with an almost all-girl cast, which made it a lotta fun to record. This is a trailer for the show, one of the few times I think I did alright as the VO.

A short vignette from the show Colorful! It was a sex comedy about guys in college trying to get laid, so I cast it with a bunch of comics—Mike MacRae, Rob Mungle, Tommy Drake. This was the first show where I shot live footage to go with the show and that little extra helped the show get rave reviews. I’ll try to find that in my stash and put that up here.

The animation in Appleseed Alpha is stunning. It’s the reason I agreed to write and direct the show at a time when the studio schedule was brutal enough. But I’d worked with the guys from Sony on all the other Appleseeds, I couldn’t bail now.

At any rate, when I was looking for someone new to play the villain, Talos, I found this guy named Josh Sheltz, very green. In the audition scene, Talos ejects these sharp thumb drives and slices them into this poor bastard’s head to retrieve all his information, almost killing him. When Josh did it, he sounded so breathy, so evil, yet so…sexual…he stopped in the middle of the audition. “I sound like I’m fucking,” he said, laughing. IT WAS PERFECT. But the poor guy was so embarrassed doing the role I had to put up a curtain in the booth so he couldn’t see the producers from Sony who were shepherding the project. Like I said, he was GREEN. But he killed in the part. I don’t have that scene, but I’ve got this one. You can still hear traces of sensuality and power in even these basic lines. His is just one of the many performances in the show I’m proud of. And I’m proud of the lines I gave him. It’s fun to write evil.

Sometimes I got flak for the approach I took to the scripts. But 99% of the time, fans (and especially non-fans) thought I made the material better—smarter, funnier, more compelling, more relatable, more naturalistic, whatever. That’s especially flattering when it comes to comedy, because comedy is so wildly subjective. But all my comedies were hits and that’s very flattering. No better example of that than Cromartie High School. I took a stoner comedy and made it…higher. Yeah, that’s a good word for it.

Okay, personally, I didn’t care for the show. It was a lotta head-bashing and way too much fanservice for my tastes. (Maybe it was the bullet going between two bouncing boobs, one going up, one going down, that did it.) But it was a huge hit. Zombies again, of course. But I never liked The Walking Dead either and that was a big fat hit too, just like High School of The Dead was. See? I don’t know everything.

One of the last shows I worked on at the late, great ADV. It was gorgeous to look at, carefully plotted, and epic, like all great period pieces should be. It was a fun show to work on and for the DVD extra, I had a pretty cool photo shoot with the two actors who play the split-personality lead, D’eon/Lia. We butched up the beautiful Taylor Hannah in male drag and the handsome David Matranga in a great big ball gown, then de-dragged them for some sexy couple shots. Had a sword prop master on the shoot who brought like 30 blades with him, which were fun to play around with. As with almost all my shoots, the essential John Conroy was the lensman and Andrea Schutter did the makeup.

Garden of Words. I’d written and directed all Makoto Shinkai’s films up to this point and this one was a great kiss goodbye. A wrenching love story and this is the best scene in the movie. Maggie Flecknoe does a fine job as the female lead, but it’s Patrick Poole as the main character who just SLAYS. He was a brilliant casting discovery and I prided myself in that: I scoured the town finding great voice talent, many of whom are major stars today.

Don’t let the image on the TV fool you. Grave of The Fireflies is generally believed to be “the best movie you never want to see again,” according to just one critic. And it WAS brutal. It’s a film that, when first released, was widely hailed as an animated masterpiece. Roger Ebert put it on his 10 best list. When ADV wisely scooped up the rights, we found the original english audio was so damaged, it couldn’t be used for reissue on DVD. Which meant I got the supreme honor and nasty challenge of giving it a new script and a new dub. No bullshit, each day after session, the engineer and I just looked at each other and joked that we wanted to kill ourselves. Every day was like watching the most depressing tearjerker over and over again. It was awful. Awful for the talent, awful for the crew. But I believe we gave a classic film the care it called for and produced something truly special. But, no, I’ve never seen it since I worked on it. It’s THAT depressing. And I’m a MAGNOLIA fan.

Finally, the truth about this controversial little career-opener can be told. Fans were OUTRAGED when this dub came out because it was a huge fan favorite and I radically changed the script. I made one character gender non-binary (and this was WAY before that was a thing) and cranked up the personalities and dialogue on every other character. About halfway through, we changed direction to appease the fans and I stuck closer to the original translation. Non- and casual fans (naturally) thought the dub was pretty great and time, actually, has been very kind to the show. The fury over it is pretty much gone, save for a few otaku grudge-holders.  BUT what everyone doesn’t know was that this was in the very early days of ADV, and before there were a million viewing options. ADV was dying to get on TV and the higher-ups thought Orphen was their best shot to get on Cartoon Network. But, of course, CN only wanted shows with oodles of episodes back then and Orphen was just 24. So: THAT’S the reason I jacked with the script so much. It was determined by the marketing department that Orphen was too Japanese for American TV and I was charged with white-breading it, for better or for worse. Admittedly, I made some mistakes (it was only the third show I’d ever worked on). But Orphen is pretty much where the whole “fosterized” business began and fandom divided into two camps, pro- and anti-me. Happily the pros greatly outnumbered the cons. Believe me, if SALES would have been affected by my treatment of the scripts, they woulda put the kibosh on me a LOOOOONG time ago. But THERE! Finally, the truth is out. And now you can watch the first episode for yourself and you can tell me personally whether you think it sucked or not.

I was the first director at ADV to begin putting extras on the DVD—way back in Orphen days with anime “bloopers” that were actually the existing animation with wildly inappropriate dialogue dubbed in and even a special message to the fans about the dub liberties. But I slapped commentaries, publicity photos, background production material, an audio journal, in-concept add-ons, and interviews on DVDs for A titles, or on shows that needed a little something extra. This is one of those extras that’s pretty fun. It’s the all-girl cast of Pani Poni Dash fucking up their interview segments. It’s nice to see behind-the-scenes of what’s basically just a big marketing job actors are practically forced into doing. But I treated them all right with hair and makeup people, lots to eat, and, afterward, booze. But you HAVE to see it because it reveals the alter ego of my brilliant engineer Adam Jones who I threw in the booth because he was PERFECT for the character Zula. You’ll see why in the video. You’ll also hear me losing my shit because Adam’s cracking me up so bad. LOVE that man. He was game for anything. But I was blessed to have a lot of sensational engineers and every one was vital to every show and every show’s success. Thank you, “Lash,” Wade, John, Henry, Ricardo, “Luby,” Stanley, Bobby, Matt, and Matt. I love all you guys.