He is getting ready to lunge at me, .

as if he is going to break out into a short sprint across the asphalt of the parking lot. I, shockingly enough, am not running. I am not screaming for help. Instead, I am shrugging my shoulders, throwing down my arms, palms up in the universal gesture of “bring it on”. He looks as though he’s going to take me up on it.

Now how did I get here?

I will admit that I was in a little bit of a mood. I was under the gun at work with a production timeline that was just shaved a whole week, which meant I was going to have to record twice as fast, with twice as many actors, in half the time. Making matters worse, the actor that was supposed to show up that night was sick, costing me a precious day that I was going to have to make up somewhere. The only bright side to this whole mess was that I was finally able to get out of the studio at a decent hour. I decided to use that time wisely and go to the grocery store. There was nothing at home to eat because I’d been working at the studio, grabbing whatever crappy dinner I could order nearby and wolfing it down between takes. Usually I don’t mind grocery shopping, but this was at five in the evening, so it was going to be crowded and I wasn’t exactly thrilled at the prospect of waiting in line or wrestling someone for that last bag of romaine.

As I pulled into the parking lot, I see it’s not that crowded. The parking lot has a number of cars, but it’s not packed. That’s when I saw it. Immediately my neck started to turn to concrete.

“It” was a shopping basket, sitting at the intersection of four parking spaces, five spaces away from the corral where someone was supposed to put it after they were finished with it.

Now I don’t have a lot of pet peeves. Nails on a chalkboard don’t bother me. Sure, I get a little agitated when the person in line behind me is so close I can feel their breath on the back of my neck, but I don’t go batshit crazy over it. But those shopping baskets? They really get to me.

It’s not because I’m concerned about my car getting dinged or anything like that, though you just know they will, a spread-out herd of free range shopping carts. But that’s not what gets me. What makes me mad is the more carts that are left out, the harder it is for those poor guys whose job it is to bring them all back into the store. The task looks like a pain in the ass as it is, having to steer this conga line of wheeled shopping carts, dodging cars that forgot that pedestrians have the right of way. They have to do it in the rain, in the middle of the hottest part of the day, on the coldest days of the year. And, what? Get paid maybe ten bucks an hour? Come on, the least we can do is help ‘em out by putting the damn basket in the corral that management constructed for us because we’re too lazy to bring the things all that way back in the store. I’m not asking anybody to do that, not even if you’re just two parking spaces away from the front door. I do wish everybody would take one of those strays out of the parking lot and roll it into the store with you when you first get there to go shopping. But apparently for many people, those leftover carts aren’t good enough, everybody acting like the basket has cooties or super contagious AIDS or something. The one that’s got my ire up this time is the one right at the intersection of four parking spaces. That’s a move that takes some real time, time that you could have taken putting it in the cart corral. Drives me nuts. 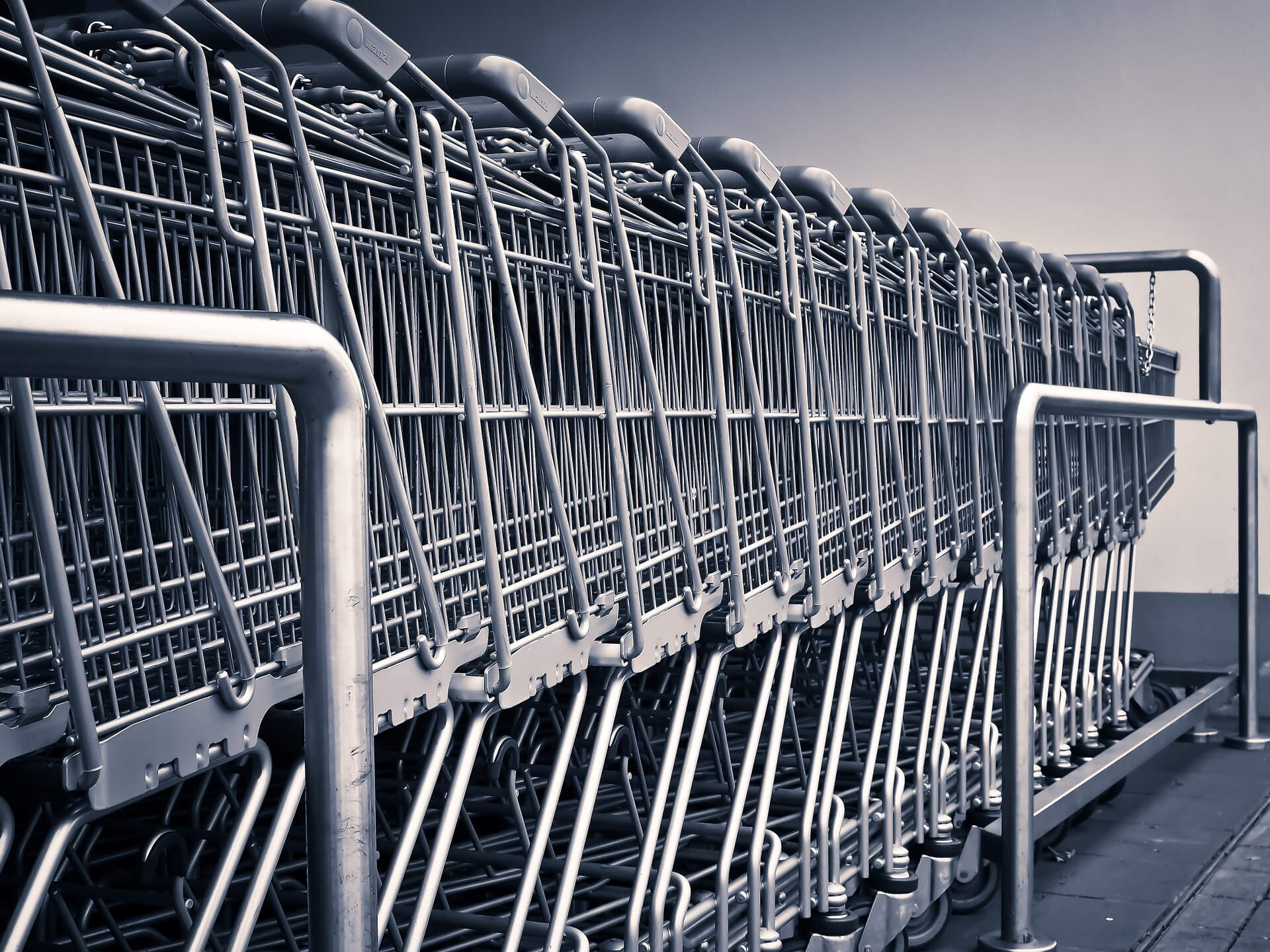 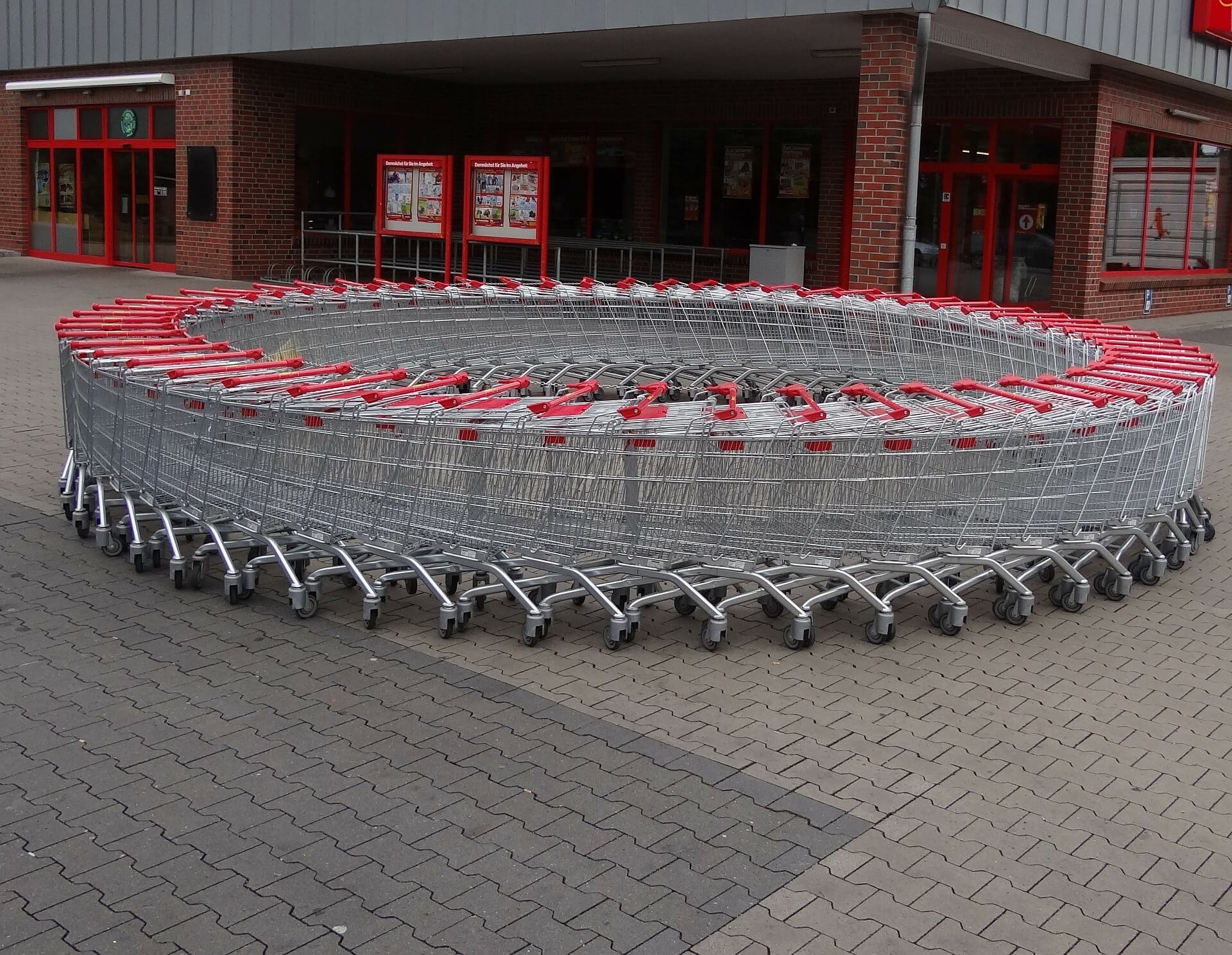 So I pull into the space and delicately ease off the brake so my car can edge into the space without knocking the cart into the car that’s in the space facing me, or I ricochet the stupid thing and it bounces off that one and into the one to the left. I throw the car in park, sigh, .

In the row of cars across from me, I notice a couple pushing their grocery basket toward a giant blue F-150 pickup tricked out with special wheels and what looks like steel step ups. With how often Houston floods, that ride is a lot smarter than my low-to-the-ground convertible. It almost become fully submerged in a pothole after a light rain. At any rate, I turn and go to my trunk to get my reusable grocery bags from Trader Joe’s. This is Kroger, so I feel like I’m cheating on Joe, adulterous whore that I am.

As I grab the bags, the couple near the truck unloads their groceries and I can’t help but notice they’re about finished with their basket. But I’m not too worried, their truck is in the space one over from the corral, one empty parking space between them. I’m reasonably sure they’re not going to bring it back to the store, but they’re obviously going to place the cart where it’s supposed to go.

The girl gets into the passenger side of the truck while her linebacker boyfriend just casually shoves the basket into the empty parking space that’s RIGHT NEXT TO THE PLACE WHERE YOU’RE SUPPOSED TO PUT THEM. Here it is. I’m witnessing the crime while it’s actually happening. Without thinking twice, I throw my hands out and shake my head. I glare at him and yell.

“What?” he asks. Apparently even his voice takes steroids. His girlfriend is now paying attention.

He still didn’t get it. So he was big and stupid. I could be nice but I’ve turned some kind of corner now, there’s no stopping me.

“Oh come on, man. It’s right there! Is it that hard for you to put it in the thing where it’s supposed to be or are those two extra steps just too much for you?” Now he gets it.

I kid you not, this is his reasoning:

“Hey!” he yells, jabbing a fat finger in between his two puffy pecs, pointing at himself. “I make a lotta money!”

I couldn’t believe it.

Did he just actually tell me that because he pulled down a six figure salary, he was entitled to be a douchebag?

I laugh in that tone. The one that says, You gotta be kidding me, asshole. “I make a lotta money.” Jesus. I yell back at him, flabbergasted.

“And that’s your excuse?”

This did not make him happy. And now here we are where this story began…

He starts walking toward me. And for some reason, I’m not scared. It’s either adrenaline or insanity, but I’m not nervous at all that he’s coming to beat the shit outta me. I’m actually kinda nervous for him, as I feel decades of repressed rage coming up from some buried hideout deep within me. This feels like the last straw. This feels like showdown time. Here’s where it all comes out. This guy, who by all appearances looks like he could easily kill me, is going to get the full explosion of my fury. I’ll snap, just like Ralphie in A Christmas Story and this guy will be my Scott Farkus. I’ll punch, I’ll kick. I’ll bite my own shoulder, tear off my right arm, and beat him with it using my left. I am Whoa, man! Hear me roar.

So I lean forward, arms out, universal language for Bring it, Motherfucker!

He gets about four steps. Then he stops. I’m still waiting for him to come. Instead, he waves his hand at me. (Universal language for Aw, it ain’t worth it.) Then he goes around, climbs into his truck while I’m still waiting expectantly, and he drives out of sight.

No beatdown. What a letdown!

My bony ass was so filled with righteous anger and justifiable but unpredictable rage, he backed down from me. I challenged a bully and he caved, just like they say they always would, if you would ever test that little theory like I just did. I was shocked. I was elated. I’m so in love with myself and my terrifying manhood I almost make myself sick. I halfway hoped I’d turn around and to see another basket offender so I could go after him. But as I turn around, I see there isn’t a basket offender behind me.

Instead, who’s standing there is this absolutely gorgeous, young, twenty something woman, her arms folded over her sizable chest, the last ghost of a frown fading from her face. The only thing her stance was lacking was her foot tapping impatiently. Then it hits me. It wasn’t me the guy backed down for. It was because he didn’t want this girl to see him act like a dick in front of this girl. Or he didn’t want a witness. I don’t know. What I did know (now) was that I wasn’t the threat. She was.

The girl unfolded her arms.

“That guy was an asshole,” she said before walking away.

And just for those few seconds, I wasn’t. 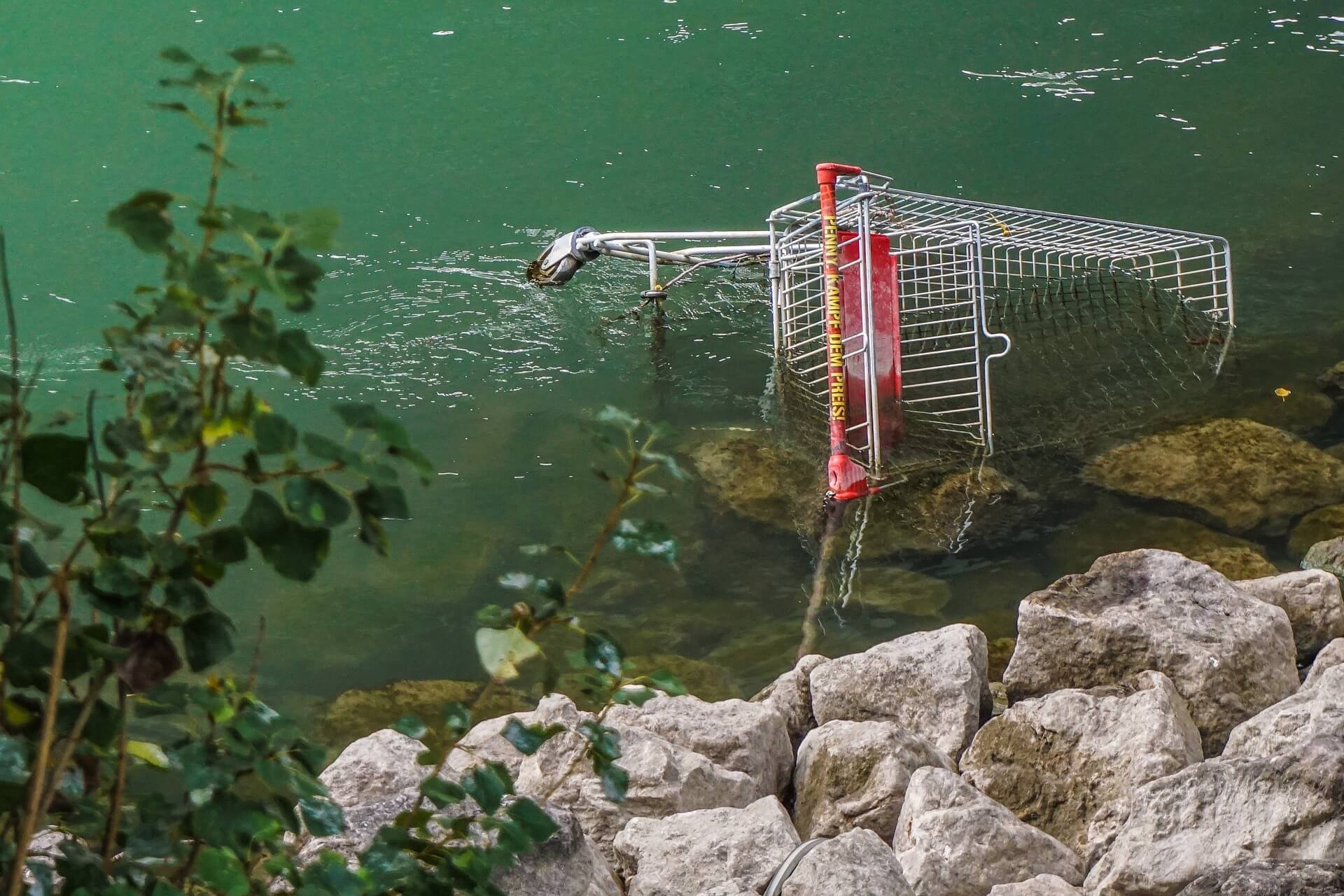