THIS IS THE NUFF SAID TEMPLATE!!! 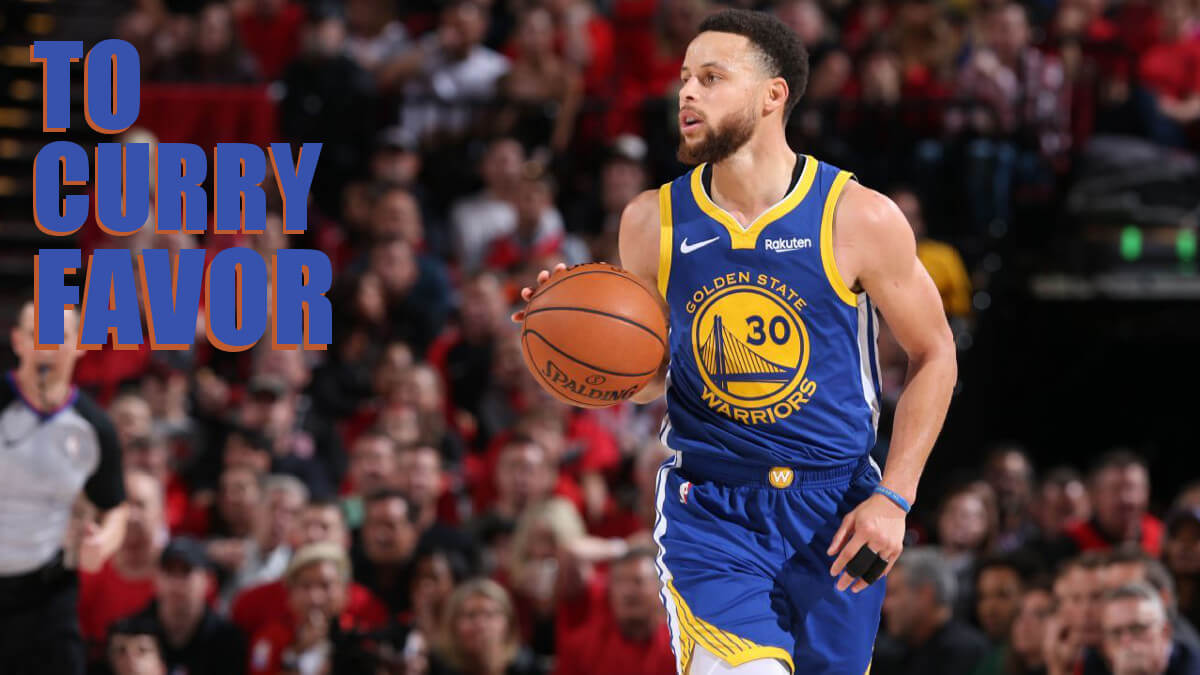 I woke up late for church yesterday. .

If I got outta bed quickly enough, I could catch the last 30 minutes of the service. Fortunately, to get there only takes a few seconds since church is CBS Sunday Morning and the chapel is my living room. But still, I was kinda bummed because I really enjoy church and, in the morning being a glass half-empty kinda guy, regretted what I missed instead of looking forward to the the thirty minutes remaining. The commercial was ending, we faded up on that famous glass paneled studio, and there was…Lee Cowan Where’s Jane?! I hate Lee Cowan. He always pauses…at times you just know he’s going to…for emphasis. It drives me…a little nuts. I listen to him haltingly introduce the next segment, on Stephen Curry.

Football, thanks to my son, is a sport I am totally into now. I am at his museum district apartment every game day and, on special days, I show up in my official NFL Patrick (“Patriiiiiiick!”) Holmes jersey rooting for, as my now-infamous war cry goes, “Mah Holmes! Mah Chiefs! Mah TEAM!” I don’t know what I’m going to do this covid-cursed season. Those Sundays with my son are male-bonding beautiful, a bro-needling nirvana. Fuck you, covid. Sincerely, fuck you.

But basketball is meh! to me. I am culture-savvy enough to know Stephen Curry, if by name only and some vague awareness that he “must be pretty good” since they talk about him all the time. Then the other day, I stumble upon an absolutely charming video that aired during the DNC. In appropriate home movie-like cinematography, we see Curry, his wife, and the two of their three children who can hold both a conversation and their heads up. They’re using that age-old gag asking children decidedly adult questions and then letting the adolescent answers speak for themselves—and usually that speech is pretty goddamn funny. These kids do not disappoint. From the git-go they’re money.

An introductory line of type superimposes onto the screen and it makes my Goddar go off. Goddar is a lot like gaydar and usually quite reliable, though it can occasionally be faulted for letting optimism misinterpret the waveforms. “Keeping Faith With The Currys” states the video’s title and they come out of the gate saying they’re voting for Joe Biden because they want their kids to grow up in a country that is “safe, happy, healthy, and fair.” Then Mrs. Curry says, “Let’s jump right in, shall we?” Immediately, daughter Ryan asks:

“Oh, boy,” says a voice from behind the camera, most likely one belonging to a crew member. And if it’s anything like the on-camera interviews I used to produce for anime DVD extras, it’s probably the director unable to keep his big mouth shut.

Mrs. Curry claps her hands together like, “Yep, here we go” and with that, we’re off and running.

The video is delightful and I immediately fall head over heels for the Currys. So when Lee Cowan announces this is the guy the upcoming segment is about, I light up. I get to find out more about this dude who is, I’m pretty sure, a Christian. And if any of you read my post on Falwell, you KNOW what kind of Christian I’m talking about and the kind of person that I’m not.

Yeah, yeah, yeah, I find out Curry is likely one of the best basketball players ever to traverse the courts, but that’s just the duh-everybody-knows part of it. What was news to me was that his mother started a Christian school and his father was a pro basketball player. Right away, Curry is saddled with a legacy name and all the expectations that comes with. But Curry’s only 6’3” and the average b-baller is 6’6” so for his whole life, it’s kinda like, “Yeah, well, you know, some apples don’t fall so close to the tree.” The segment’s only a few minutes, so I’ll let his charity’s website elaborate where CBS couldn’t.

He wasn’t a five-star prospect or a four-star prospect. He was a sorta pathetic three. Just like he’d been profiled in high school, he was still undersized, underappreciated, and underrated. “But also undeterred,” says the website, www.underratedtour.com. Top basketball collegiate overlooked him, but Curry knew he had the goods and wound up proving that sometimes underrated is a stealth label. His talent and drive and personality combine to make him a living basketball legend. His star doesn’t tarnish, either. Instead of getting caught with strippers and doing blow or beating his wife, Curry routinely threw his time and talent behind charity work, even starting the aforementioned one of his own, which spotlights boys and girls who are also underrated.

And here’s what I love about CBS Sunday Morning which—sorry, Fox News, you’re a fucking joke—actually is fair and balanced. This is where we’re gonna divide the men from the boys or, in Biblespeak, the wheat from the chaff. The segment doesn’t shy away from the fact that Curry is, in fact, a Christian and his faith isn’t just important, it’s vital. His faith gives him the coda to live his life, as is evidenced by his demeanor, his actions, and his speech. The camera zooms in on his right sneaker, freeze-framed during a game, where a sharpie has scrawled, “I can do all things…” which most believers know continues with “through Christ who strengthens me.” And just in case you’re wondering, yeah, I knew the verse but I had to look up that it was Phillipians 4:13 so any holier-than-thou attitude you think I’m throwin’, you can just keep to yourself. I’m no eschatologist.

It is here that any flag-waving, ra-ra USA, middle-America, gun-toting, Sunday servicing, religious right-winger has their patriotic little hearts warmed because he’s one of Them. A family man! A man who plays sports! A member of the faithful! He’s also Black, but he’s a light-skinned Black you know, so he’s okay. He most certainly ain’t like those Black Lives Matter Blacks. He’d never…cut to:

Curry taking a knee. Curry loves God and he loves America and that’s why he’s kneeling. Because taking a stand for righteousness is the most godly thing to do, the most American you can be. So when the Chief Executive of Under Armour, Curry’s big-money sponsor, tells the press that Donald Trump as “a real asset to the country,” when they ask Curry about this, he offers his viewpoint.

“I agree with that description, if you remove the ‘et.’”

The guy is famous for his three-point shots.

Instead of Under Armour doing everything they could to separate themselves from Curry, Plank walked that back saying he was referring to Trump’s business policies not his social ones. Curry wasn’t buying it and said that even though he was under contract with UA until 2024, he’d walk.

“There is no amount of money, there is no platform I wouldn’t jump off, if it wasn’t in line with who I am,” Curry said, opening himself up to some very expensive lawsuits and a considerable financial hit.

Now that’s taking a stand. Instead of canning him, Plank kept his mouth shut and UA offered Curry his own line of athletic wear. Meanwhile, Colin Kaepernick… My, how times have changed?

Right on the heels of my tirade about the rightwing whoring the faith I hold dear, here comes a shining example of living the faith as I see it. He stands for justice, takes a stand against evil, and when he has to, takes a knee in protest as he does in prayer. He’s not some flag-waving trigger-happy truck driver, AR-whatever strapped to his chest, screaming in rage, driving to, they claim, keep the peace. Now I ask you: which image is more likely to be the one Christ would take if He were to walk the earth. Would it be bending his knee to protest violence? Or would Jesus be on the back of a pickup truck, rifle in one hand, Trump flag in the other, walking into a powder keg with a box of matches? YOU decide.

While Curry says he’s voting for Biden, who are these other “Christians” falling in lockstep behind? A crook, an apostate, a charlatan, a racist, a weasel, a coward, a cheat, a liar, a bully, an egomaniacal narcissist—a veritable anti-Christ who has gone on record saying he’s never seen reason to ask God for forgiveness for anything.

I can curse all day long. That’s not taking the Lord’s name in vain, my friends. That commandment is the most misinterpreted verse in the Book. Taking the Lord’s name in vain is when you’re using Him as a prop for your un-Christlike causes. Tear-gassing, nightstick-beating, and rubber bullet-riddling a group of peaceful protestors so you can get a picture of yourself holding a Bible in front of a church?

Goddamnit, people, wake up. That’s not the way you curry favor with God. You do it like Stephen does. 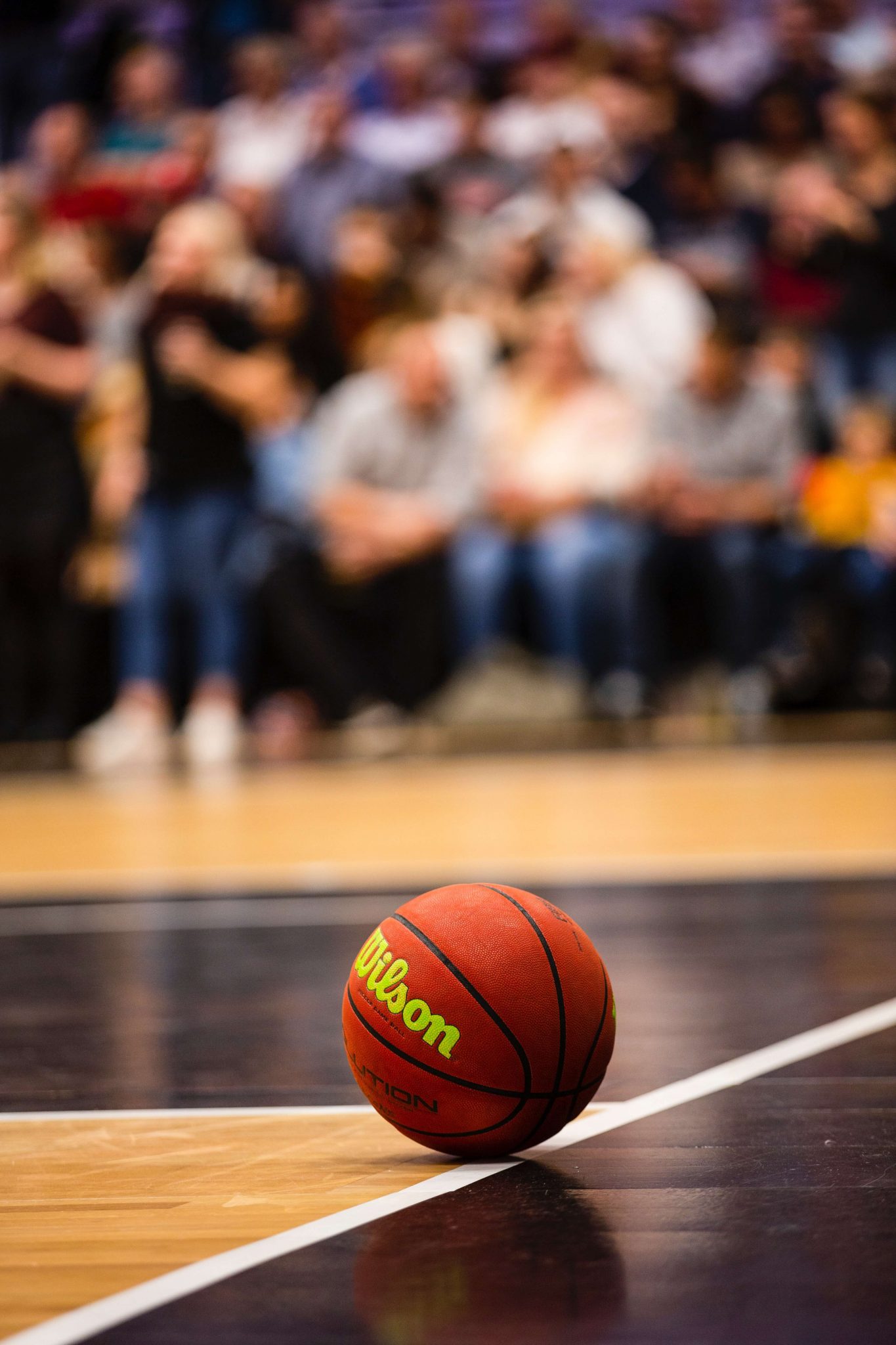