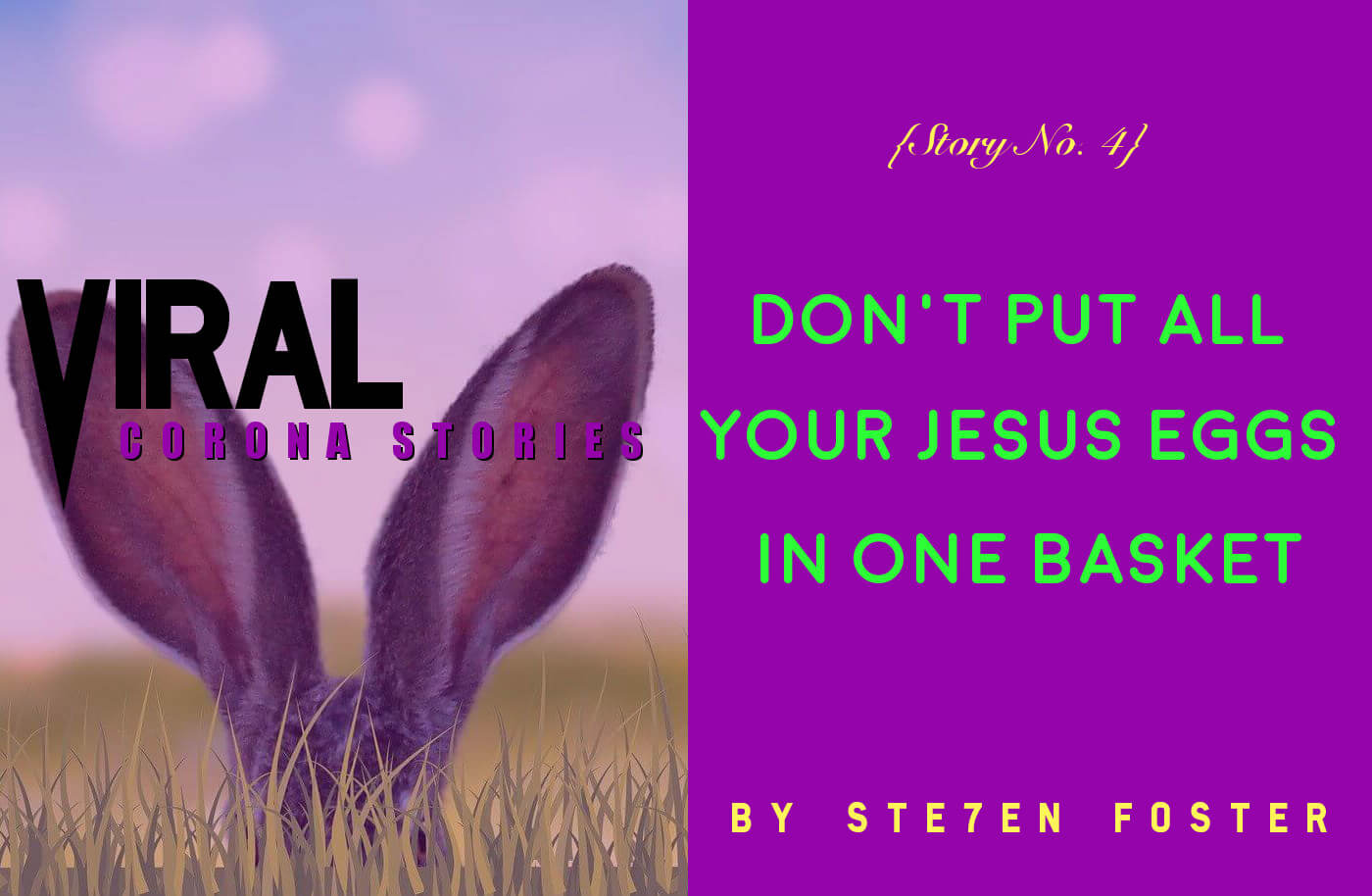 When Oscar walked into the kitchen from the children’s bedrooms, his wife, Wendy, was already at it.

There was a saucepan of water on the stove, five coffee mugs in a neat row, each filled with dark liquid, a baking rack with a clean, dry dish towel underneath, sheets of colorful stickers, a tube of glue, plastic gems, and four bags of multi-colored cellophane grass.

“What are you doing?” Oscar asked her. “I just put them down.”

That voice. “Whad are you doyng?” Wendy smiled.

She’d always thought American English was just so flat compared to other languages. Everyone else had such a musicality to their speech. Spanish, French, Dutch. (Germany not so much.) But even the British had their slightly melodic speech. The Irish had their brogue. If American English did have any music in it, Wendy was sure it was the grating bray of a brass horn.

Oscar was from Venezuela or, to hear him say it, “Beneswayla,” and even though he’d been in the States for over ten years, his voice was still thick with accent. She had no idea why his voice hadn’t lost at least a little of its nativity. His English was flawless, but he tended to speak very slowly, almost mumble, so between that, the accent, and his habit of dropping determiners like “a” and “an,” Oscar sounded like he was just learning the language. Or he was a little drunk. Making the disjunct even weirder, with his fair complexion and his light brown hair, Oscar didn’t even look Latin. But take away all the audibles—the slow speech, the foreign inflection, the mumblecore of him—his voice  was still a little…goofy. She literally laughed the first time she heard him speak.

It was almost six years ago. She had just come off the dance floor.

Wendy was from white-as-rice Wichita and the moment she moved to Oakland, with its diversity and multinational populous, she felt ignorantly, painfully pale. Growing up, she had no friends of color. Not a one. Everything in her conservative, middle America, MAGA hat upbringing could have programmed her to not be too keen on other ethnicities, but Wendy found the melting pot of cuisine and cultures and customs fascinating and from the second she got there, she made it a point to seek out the strange, find the foreign, and discover the different. And her job as a spirits rep for a liquor distributor brought her in front of different cultures, classes, and peoples almost every day. Within a year of living here, she had amassed a diverse group of multinational friends and, not that she was against them or anything, it just turned out that way, very few Anglos. So it was kind of odd yet strangely in character to find next to the ridiculously white, cafeteria-style restaurant where she’d just had lunch with her friend, Irena, was a dance studio that specialized in salsa lessons.

Taped to the inside of the glass panels of the storefront were several flyers, each one featuring the silhouette of a couple, their black bodies morphed together into one biomorphic form, but with arms and legs akimbo in dramatic, choreographed flair. Irena was in the middle of an animated harangue about her boyfriend and his inability to give the expected (and Irena-preferred) gifts so it took her a second to notice Wendy had stopped at the third flyer they passed and was no longer walking beside her.

“Flowers. Or a bottle of perfume occasionally. Is that too much to ask? For Valentine’s Day, he got me a gift certificate to one of those indoor skydiving places, if you can believe that.” Irena stopped and turned around to see Wendy taking a photograph of the one-sheet with her phone. “What are you doing?”

“I’m going to learn how to salsa!” Wendy sounded like she was on the space shuttle short list at NASA. Irena doubted she had the right stuff.

“I have,” she nodded. “Have you ever been to El Cristal?”

“It’s ridiculous in all the right ways,” Wendy explained. “They only have night clubs like this in the movies. From the outside, you wouldn’t give the place a second glance. The sign’s a little tacky and it’s right in the middle of a strip center. And not even one with a good anchor store like Office Depot or Best Buy.”

“You walk in the smoked glass door and there’s this little lobby with hardly any decor to it at all. I’m serious. The fanciest thing there is probably the cash register. But the cashier or hostess or whoever she is looks just like Catherine Zeta-Jones and she’s dressed like she’s going to the Oscars. She asks how many in your party, counts out exactly that number of plastic menus, and says in a voice that would make a fortune on a sex line, ‘This way please,’ and takes you through this small archway down a tiny hall.”

“You lost me at plastic menus.” 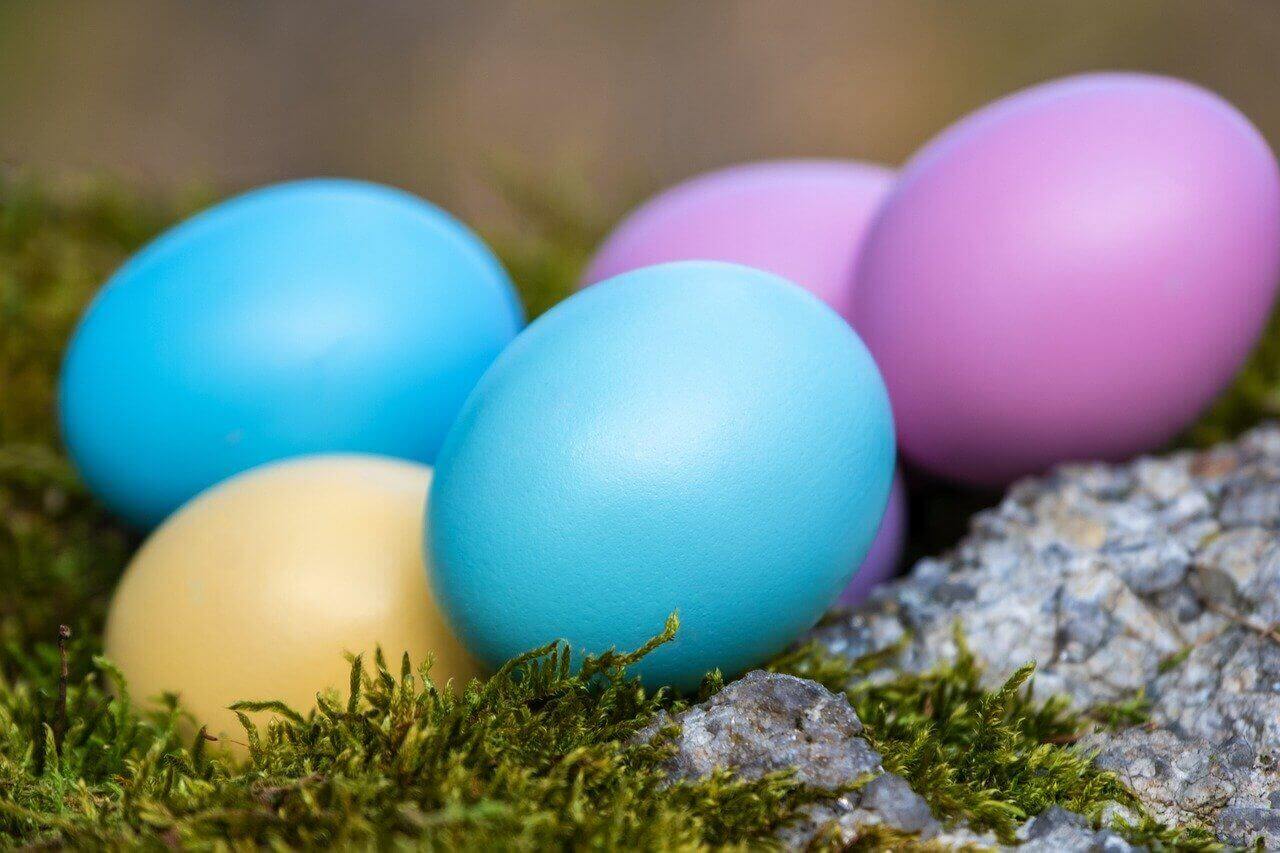 “After you’re through this cramped corridor, the entire space opens up and you’re like Where the hell did this come from? At first, it’s all very cozy and romantic, with low, domed ceilings, hanging colored-glass lamps, and curving walls and archways. But this is just the outer ring.”

“This is just the dining part, all these tables. When you go deeper into the restaurant, you eventually see all the tables circle this massive dance floor. And you discover that those little domed ceilings you were under isn’t the real ceiling. All those little domes are actually the undersides of the rooftops of little sculpted buildings. Some have turrets with glowing windows, some have fake balconies, some are topped with crosses. It’s all stucco walls and terra cotta tile roofs. There are all these palm trees and, if you look closely, you’ll see birds in some of the trees. The actual ceiling is just above this and it’s painted like a sky on a cloudy night. Each star is a twinkling little light.”

“It sounds cheesy, but they pull it off beautifully. The waitstaff are all these impossibly gorgeous people, every one of them dressed in white with a bright apron in I-don’t-know-how-many colors and matching tie. There’s a stage and on that stage is a full band and they’re all dressed in those shirts, the ones with the sleeves made entirely of those huge, colored ruffles? Everyone’s talking and having a good time and you think, Nice, nice. Then the band starts playing and everything changes. This swarm of people get up from their meals and head to the dance floor. Like this eating thing? It’s just a formality. Totally not the reason they’re there. And these people? They dance. And they mean business.”

“And you want to go there?”

“The band wasn’t playing five minutes and no less than four men…four…all good looking…asked me to dance. I swear to God, each of them had to have had their own month on a calendar. Of course I said no thank you. But the rest of the night and all the way home, I kept thinking how different the night would have been if I could have said yes.”

“You could have said yes.”

“You don’t understand. This was like an old dance show our parents used to watch. It was the Univision version of Hairspray. I literally wouldn’t have been surprised if a television camera rolled up on any one of these couples for a closeup. If I would have gone out there, a giant hook would have come and just yanked me off the floor. I’m going back there. And this time I’m gonna go prepared!”

Wendy made good on her intentions and enrolled in salsa classes the very next week. The instructor, a short Columbian woman named, of all things, Columba, immediately paired up everyone their first day in class. Wendy didn’t know how she was so lucky, but her partner wound up being the very dashing nineteen-year-old Sandoval, still in high school and learning to dance for his senior prom. The kid threw himself into the class with the dedication of an Olympic hopeful, treating every session like it was part of his finals.

“My mama told me I better not be wasting my time and her money,” Sandoval told Wendy. So right away the pressure was on. Wendy didn’t just have to perform well for Sandoval, now she had this little old woman she couldn’t let down either. At first Wendy couldn’t tell if Sandoval was a natural and he was just making her look good. But the instructor continually complimented the couple on their form. By the fourth lesson, Columba singled out the two of them as the class’s gold standard. Though it was clear, four lessons in, she wasn’t ever going to get Wendy’s name right.

“Windy! Sandoval! Come here!” Columba would bark at them. Then they’d take their places in the middle of the parquet floor and Columba would instruct the class, circling the couple like a Bond villain revealing their dastardly plan and talking to the rest of the students like they were enlisted troops. Then she would position them. And roughly too. With hands that felt like they’d won a thousand arm wrestling matches, she’d clamp down on wrists, hips, and butts to pose Wendy and Sandoval how she wanted them. Then she’d really put the pressure on by telling the class what they were to take special notice of.

“Watch how Sandoval is so dynamic in the way he leads Windy. Watch how Windy matches his movements with both style and intensity.” Suddenly, the instructor changed her tone. “Where are you from, Windy?”

“See? Windy looks like she should be on some corn farm somewhere but I tell you: She has salsa in her blood!”

Wendy was simultaneously proud and embarrassed.