Viral/Do You Tell Them About The Monster? Page 8

Do You Tell Them About The Monster? (page 8)

Nia looked down at the little girl’s face. The muscles around her eyes were constricted, making her look angry. No, not angry. But curious. Curious and focused. Like she was trying to read something off in the distance.

And all Nia could think was: the kid was right.

“In a way, it is like a monster.” Nia figured the best way to handle it was to be honest. But not hopeless. Because things weren’t that. They weren’t hopeless. “But it’s a very, very tiny monster. Not a big scary monster. It’s so small you can’t even see it. But the monster can get on some people and then when those people get around other people, the monster jumps onto that new person.”

“So it could jump on me?” There was panic in her voice.

“No. Because you haven’t been around anybody have you?”

“And I don’t have the virus. I don’t have the monster. I’m not even a little bit sick. So if you haven’t been around anyone, then the monster couldn’t have jumped on you because it had no way to get to you. You and Sadie are safe here. Nothing’s going to get you.”

“What if it still gets in the house somehow?”

“I don’t think that’s possible. I think it needs a person to move around. But just to be sure, that’s why I keep making you wash your hands all the time. Washing your hands keeps you protected from the virus. You know what else? The virus doesn’t seem to like little kids. Little kids haven’t gotten sick. It’s been older people. Like 70 and 80 years old.”

“Really.” Nia stroked her hair. “How about this: when Paris starts talking about these things, you just tell her you don’t want to talk about it? If you want to know what’s happening, I’m reading all about it on my phone. You can ask me. Okay?”

“Wanna stay with me a little while longer and then I’ll take you up to your bed in a bit?”

Nia moved over and Madison laid down with her head on Nia’s lap and Nia continued to stroke the child’s hair for a very long time. While her hands repeated their stroking motion, Nia thought about Madison’s parents. Were they dressed up like Nia told her they were? Surely. And while Nia was patient and was okay with the open ended nature of the assignment, she did wonder how long she was going to be here. How long would Madison’s parents keep at it? How could they keep going on no sleep? How long could they keep that up?

Two weeks ago, monsters were just something kids imagined.

And nothing could stop them.

Nia’s phone buzzed. This was it.

Madison and Sadie rose from the floor in front of the television and came to the couch.

“Now you can’t really meet him or anything like that. Because we have to be safe. So that means he’s going to have to stay at least six feet from the house. But…would you like to see what my boyfriend looks like?”

By their reaction, this was a deal they couldn’t pass up. 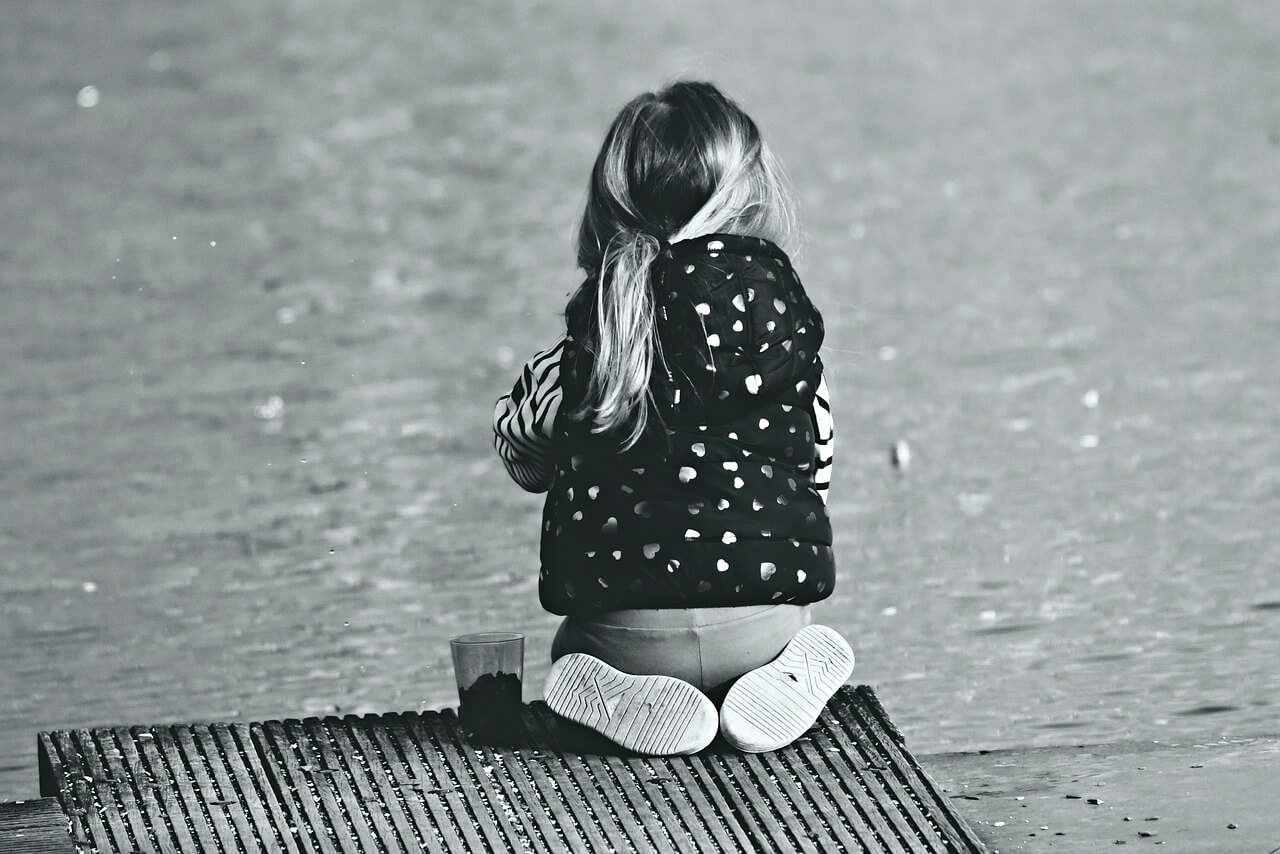 Then Madison stopped nodding. She said quietly, “Is he coming here?”

“No, he’s not coming in the house. He’s just dropping some things off to me. I thought it might be fun if we did a little baking. Would you guys like to help me make some cookies?”

“I thought so. So I asked Stan to go to the store and get some things and he’s going to drop them off now. To be safe, we’re going to stay away from him, but you’ll be able to see him through the glass door. Come on.”

The trio went to the door, opened it, and found a brown paper sack of groceries sitting on the welcome mat. Nia looked up and there was Stan, standing about 10 feet away in the front yard, waving his arms. Nia opened the glass door.

“Girls, that’s Stan. Stan! This is Madison and this is Sadie.”

“Thank you for bringing these. I really appreciate it. You’re such a good boyfriend,” she gushed.

“I’m such a good boyfriend,” he replied goofily, his voice having a vaguely stupid, vaguely southern accent. Then he dropped the dopey character. “Of course! It gave me a chance to come see you, even if it is from ten feet away.”

“Can you ask him something?”

“Ask him to stick out his tongue.”

She didn’t know if it was the question itself. Or the way she said it. Was she being devious? Legitimately curious? She didn’t know.

She did know it was hilarious.

They were still waiting for the cookies, which had about five minutes left in the oven, when she heard a voice. It was loud. It was coming from the front door. And it startled her. She wasn’t expecting it. It caught her completely off-guard.

They immediately ran from the kitchen. Nia followed. As they came around the corner to see him at the front door, Mr. Hammadi held out both his arms, palms flat and facing.

“Hold it!” he said. “Stay right there. Let me wash my hands first before I get any hugs.”

“I didn’t know you were coming,” Nia said. She felt terrible. Had she missed a message?

“I called and left a voice message. You didn’t get it?”

“I don’t know why I didn’t hear it. I must have been in the kitchen with the cookies when you called and…” Nia felt her pocket. Empty. “I must have left my phone in the living room.”

He waved off her concern. “Don’t worry about it.” Then he turned to the girls. “Cookies? Sounds like my timing is perfect!”

Nia and the girls kept their distance as Mr. Hammadi made his way to the kitchen sink.

“Mommy,” Mr. Hammadi inhaled, “is staying at the hospital. She wanted me to come home and take a rest before she did. She wanted to stay and help people.” He switched subjects, brightened his mood. “Who’s going to sing ‘Happy Birthday’ for me?”

“Who do we sing it to?” Madison wondered.

“Sing it to me! Pretend it’s my birthday. My birthday’s not too far off.”

While they sang, the Doctor washed his hands thoroughly with soap. The soap was, like most things in the Hammadi household, nicer than the usual brand of soap. This was Aesop. It smelled amazing. When Nia used it previously, she even commented that they should make a perfume version of it. She watched the foam grow on his hands, watched him rub over and over.