Don't Put All Your Jesus Eggs In One Basket (page 3)

That night six years ago, Wendy had turned pretty much exclusive for the evening after her first dance with sixty-seven-year old Eduardo Montemayor (unlike Los Lobos, the Don Juans always introduced themselves with their full names). Eduardo was in admirable shape, though he did carry a sizable gut. She didn’t know why, but when she’d spin back up against him, Wendy liked the feeling of his stomach against hers. It wasn’t sexual, just…comforting. She knew it was weird, but instead of analyzing it or letting it bother her, she just went with it, enjoying his large firm gut pressing against her flat tummy while they danced, staring and smiling into each other’s eyes. And Eduardo was a fun dance. So regal, with his ramrod posture and his head so straight you’d think there was a tiny Chinese acrobat balancing on top of it. Then, after their dance was over, he told her something that just sunk her.

“You know,” Eduardo said, taking the neatly folded handkerchief from his pocket and dabbing the barely-there sweat from his forehead. “My wife Verónica was almost as good a dancer as you. She passed away two years ago so, of course, I don’t go out dancing very much. But tonight is our anniversary and I miss her. I was hoping to find someone to share a dance with. I’m so very thankful and glad it was you, Señorita Wendy. Thank you.”

If it was a line, it was the best line Wendy’d ever heard and she fell right for it.

“I’m sure you’re just being polite about my being a better dancer than your wife was. And of course I can’t fill her shoes. But if you’re open for more than one dance,” she said, smiling mischievously. “I would be honored to be your partner on this very special night. If you don’t think Verónica would mind, that is.”

Then his big brown eyes started to water, and Wendy panicked, wondering what she’d done. Much to her relief, the old man didn’t shed a tear. Instead, he beamed an enormous smile, put his two hands around her right hand, and told her:

Just before 11:00, Eduardo stepped his last salsa and went home. Her date now departed, Wendy wasn’t far behind. But Alexa was on her third dance with some hunk named Andy, a graphic designer who was barely 22 if he was a day. Wendy knew where their night was going, but she and Alexa had come in the same car and she didn’t want to force either of their hands by demanding to be taken home.  So Wendy told herself she’d let the soon-to-be lovers have a couple of turns before saying anything and, until then, she’d just enjoy watching them and have a drink. Also, if she could do it without being a jerk and thinking she was some kind of Mother Teresa for doing it, she’d sit back and indulge in the warm feeling she had about doing something nice for a very nice man. It made her feel even better on a night where she was feeling pretty good to begin with.

For one, she felt very attractive tonight. Her hair was behaving and after work, she’d gone to the salon for a wax. Wendy always felt sexy after a fresh wax. She was in a new dress, a soft jersey knit simple-yet-sexy midi with adjustable straps and a surplice bodice that made her breasts look fantastic. The skirt had twin slits in front. The dress moved so well and was both comfortable and breezy, though she felt her skin was slick with moisture from so much dancing. She figured her paloma made with mezcal, an aromatic slice of jalapeño floating atop the ice, would help cool her down. The concoction was bracing and tasty on her tongue with that slightly smoky aroma she loved. The evening couldn’t have been more perfect.

Through the music, Wendy gradually became aware of a sound behind her. Someone was talking, talking louder until she at last heard what was being said to her.

“Pardon me for interrupting you…”

Now aware, she turned to see who was behind her. “Yes?”

“But you look marvelous,” is what he said.

But she heard, “Bud you llook mahlbellous.”

Then he told her, “That dress makes you look like you are floating.”

Then, with deadly seriousness, he clarified this clarification.

And this was too much for her. Afraid she’d spit it out all over him, she forced the sip she’d taken down her throat. But she was unable to help herself. She exploded with laughter and she was immediately mortified. Worse, it came out a demented cackle. Like she was Witch Hazel. She felt terrible and hoped this stranger would think she was laughing at the fact that he called God “a fokker,” instead of the real reason she was laughing, his speech. It was a cavalcade of consonants and stumbly, soft vowels and it was hilarious. Every word was like an original creation. At first, she thought he’d had one too many Modelos. But just the sound of his voice was funny. He definitely wasn’t Los Lobos. He was dressed in dark blue jeans, black boots, a graphic T, vest, and a staggering assortment of bracelets on his left wrist. She wouldn’t have called him traditionally handsome. Didn’t matter. Instantly she found him adorable. Can he dance? She was about to find out.

“Iff you’re not alreaydy bucked up, may I hab the next dans?” 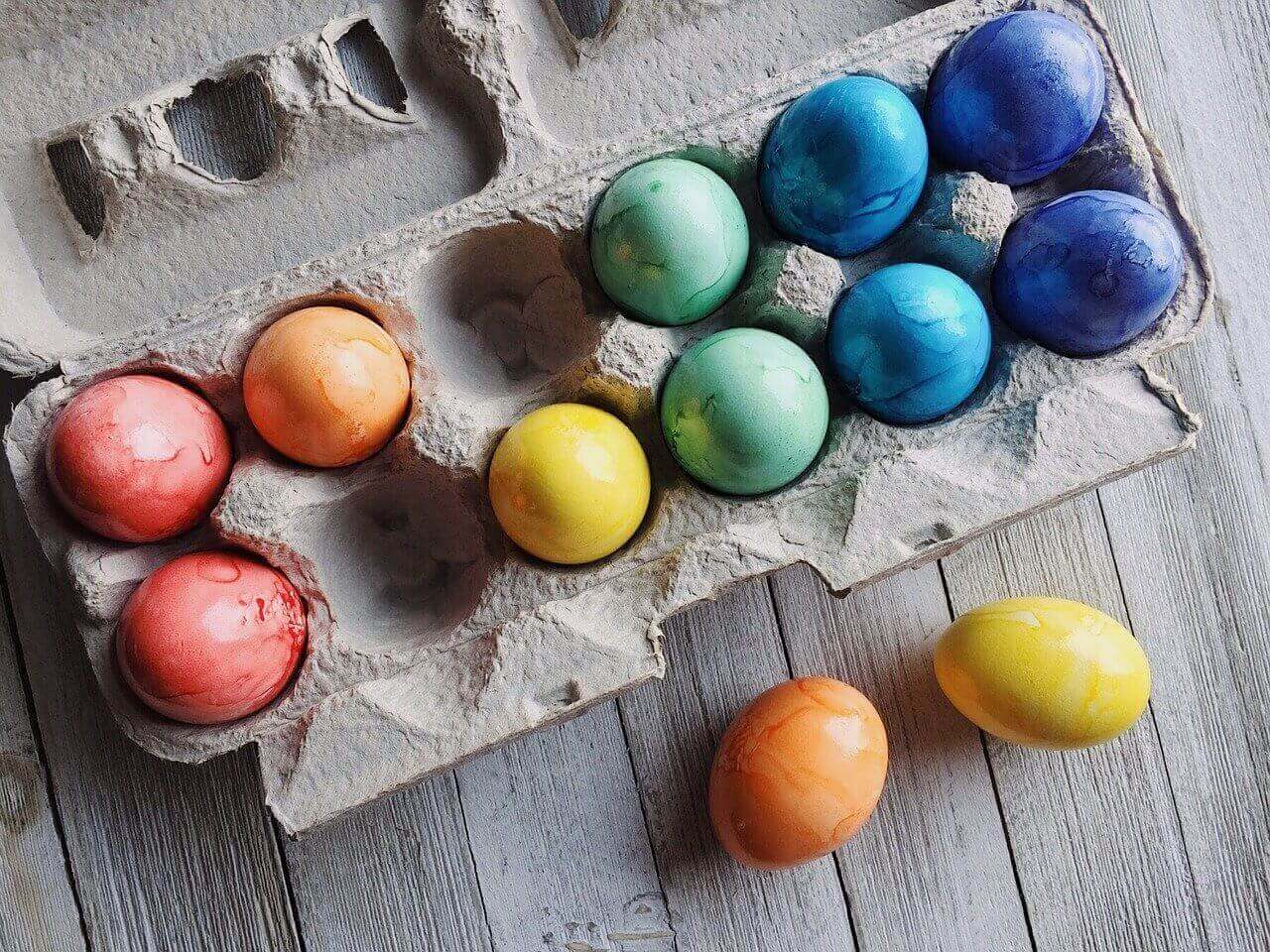 If she laughed again, he would have had every right to slap her. So she bit her tongue. Just in time, the band started up. She knew this one.

“I love this song,” she yelped too loudly, overcompensating.

“Are you from Columbia?”

“Benezuela,” he said as she moved in front of him. He took hold of her right hand. She turned around. “I dohwn wahn to luz yu.”

It turned out Oscar could dance. Just not very well. Instead of disappointment he wasn’t fluid on his feet, instead of thinking less of him because he wasn’t as good as she was, she noticed how hard he was trying. Also the fact that he was trying hard to make it not look like he was trying hard. His steps were a little hesitant and he led with tentative feet, not his body. She compensated for him, but not very much, and to her surprise, he kept up with her admirably.

“HowmI doyng?” he asked her when they came together face-to-face.

By the end of the song, she thought Oscar was the cutest thing she’d ever seen. The band struck up the next song and she moved her hands from his hands to his waist. Then she squeezed what little flesh he had there.

“You’ve got a cute little butt,” she grinned. “Let’s see you move those hips a little.”

He smiled at her.

There was much improvement on their second dance.

Wendy caught Alexa waving her off the dance floor and, since Alexa was wanting to begin Phase Two of her evening with Andy, Wendy was going to have to leave as well. It seemed odd to exchange numbers after just a few compliments and two dances, so Wendy bid Oscar goodnight. Although when she was leaving the club, it hit her that she’d never seen Oscar here before and wondered if this was just a one-time thing for him. She was a little disappointed at the thought she might never see him again. Wendy noted that it was a Wednesday night. She didn’t think she’d been to El Cristal on that many Wednesdays. Maybe Wednesday was his night.

By next week, desire had dulled and she was busy at work, so she didn’t go to the club until the week after and that was a Tuesday.

But Wendy wasn’t in the club ten minutes and there Oscar appeared in front of her. Cute, slight, dress code-defying, cartoon, is-he-drunk-or-isn’t-he Oscar.

They danced only once.

The rest of the evening found them more interested in talking than dancing, though El Cristal’s acoustics made this somewhat of a challenge. Their conversation was peppered with “What?” and “Come again?” and “I’m sorry, one more time?” It was quickly brought to light that Oscar was a sound engineer for a production company and he theorized that the club’s faux rooftops with their curved ceilings underneath might not all be sonically similar. So they ordered drinks and tried speaking at every conceivable spot in the club. It took on the flavor of a game and they moved from spot to spot, shuffling from stucco ceiling to domed alcove, testing the sound quality. They were at it for hours but were yelling/talking to each other at various volumes for so long, they didn’t get through the whole club. They agreed to come back the next night and continue their audio undertaking.

The second night, they completed their examination of every curved overhang and Oscar remembered which spot was the most quiet and allowed for easy conversation. But the table there was occupied. So they made a date to meet the next week and have a visit that wasn’t dictated by the volume of the music or the cacophony of conversation.

When next week was here, Wendy arrived at the club on time but didn’t find Oscar at the bar they said they would meet. Wendy assumed he was running late and she was nagged by doubt that he wasn’t going to show. She ordered a drink. Before the drink was made, Oscar appeared. His arm was still encircled with bracelets, so she assumed these never came off. To her surprise, he was not in a T-shirt this time, but a collared button-down. Instead of boots, he wore Derbies. She briefly thought about pointing out this sartorial switch, maybe tease him a little, but she decided against it. He told her that he had snagged the table in the location they wanted. He paid for her drink, took it in hand, and wove her through the other tables until they arrived at the sonically superior four-top. They chatted briefly before the waitress arrived and a few moments after she left to get their orders, Oscar excused himself to go to the restroom. He wasn’t gone a minute when the waitress appeared, even though they’d just ordered, and without their drinks.

“What does your boyfriend do?” she asked.