Don't Put All Your Jesus Eggs In One Basket (page 4)

“He’s a sound engineer,” she told the woman. There was pride in her voice when she said it. Wendy couldn’t help it. She thought Oscar’s job was cool. Maybe it made her a little cooler by association.

This struck Wendy as odd, if not a little rude. Still, she tried to provide an answer.

The waitress shook her head.

“They don’t let anybody reserve tables. Just the some of the regulars, you know? Or they’re friends of the owners. Or they’re…you know, especial.” She rubbed her thumb back and forth against her row of fingertips.

“He must be something especial,” she said slyly. The waitress looked Wendy up and down. “I see you here a lot. You dance with a lotta men. He may not dance as good as some, but how you move on the dance floor does not always mean you know how to dance in bed. Too many of these men? Always looking around for a mirror in the bedroom. And if there is one, who are they watching? They’re not watching you, hermana.” Then she made a double clicking noise with her cheek, as if she was atop a horse, winked, and skittered off.

Oscar returned, the drinks arrived shortly thereafter and now, able to converse at a stressless volume, they blew right past surface chat and casual pleasantries, and fairly interrogated each other.

Wendy found out Oscar always been interested in sound, that he played guitar and had been in a couple of bands playing guitar and providing lead vocals. He wasn’t currently in a band, but he still made his own music.

“This may be a stupid question,” she admitted outright. “But when you sing, is it like listening to the Beatles? I mean, does the accent just magically disappear?”

Oscar said he didn’t know, had never really thought about it, but maybe he’d sing to her sometime and she could tell him. He continued.

He tried to get a job as a sound engineer in L.A., but the pay wasn’t as good and the cost of living was higher. In the Oakland studio he was employed now, he worked on documentaries mostly, but the occasional film would come their way when Los Angeles studios were booked or their rates exceeded the production company’s budget. She asked him if he’d worked on anything she would know and he told her there was a documentary on strange wildlife on Netflix, but that the doc was terrible—the producer had actors add funny but not funny ha-ha voices to many of the animals—and said she shouldn’t waste her time. Oscar had dual citizenship and his family once lived here but they’d all moved back to Venezuela. He rarely went home to visit, but the family were very good with keeping in touch over Skype and Facebook and WhatsApp. He wanted to own his own studio one day. He told her he had a cat that he had a love/hate relationship with. He admitted he was a fairly poor chef, but he excelled at breakfast. Wendy found the more he talked, the more attractive Oscar became. He did point out that she seemed to laugh at him often and Wendy apologized, telling him that it was a compliment really.

In no time at all, they’d polished off two rounds of drinks, dinner, and hadn’t danced once. By the time she looked at her phone, it was after almost 11:00. Oscar hailed the waitress—Wendy assumed for the check—but instead he ordered two tres leches to go.

“I haff to be onness. I fully plan to eat wun tonight when I get humm and dee other wun in the morrrning for bdekkfass,” he told her without shame. “Dad is, unless you wun come over to my plaze and have one.”

Following Oscar to his place, Wendy mused she would find he lived in some mansion or penthouse apartment downtown. Then she went the other direction and imagined him in a small, messy one bedroom apartment that smelled like cat piss where she would find roaches in the kitchen and his entertainment center would be made of plastic milk crates. It turned out Oscar lived in a modest, clean, thoughtfully decorated three-story townhouse in a nice area of town. The entertainment center was a step up from Ikea.

Once inside, he introduced her to his cat, Bastard. They ate dessert on the couch, the sizable flat screen turned on to one of the late night talk shows, but it was more for background noise than anything else. After they finished the tres leches, they started making out, eventually going upstairs, and Wendy found out the waitress was right. Oscar was a much better “dancer” than his moves on the floor indicated. 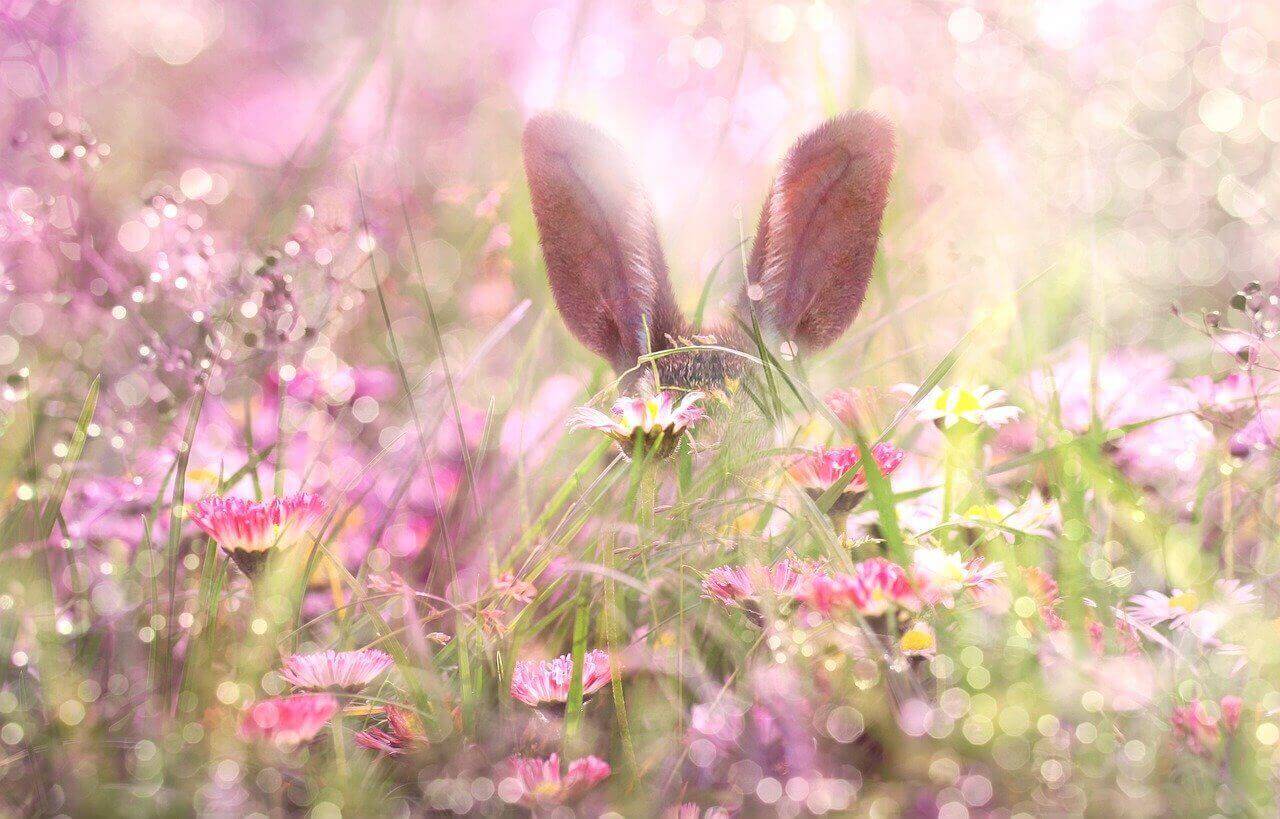 In the morning, Bastard woke them up and Wendy was charmed by the way Oscar equally babied and bitched at the cat. He slipped on his pants from the night before and went downstairs to feed the animal. When he returned to the bed, Oscar confessed he fed the cat more to keep Bastard busy so he wouldn’t bother them, not because he was keeping to some schedule, because he didn’t want her to leave yet. Then he kissed her and they made love again. Whereas the previous night had been very passionate and pleasantly lusty, the sex they had in the morning was so tender, and he was so attentive, it was like she was making love with another person. She commented on this. His reply:

“You can fuck or you can make lub. If you’re lokky, you fine someone you wahn do both with.”

Again, she thought how he said it was funny. What he said was anything but.

But then immediately came a tumble of disclaimers and corrections, doing everything he could to stress to her that he didn’t love her, it was just an expression, blah blah don’t-be-scared-of-me-I’m-not-a-scary-guy-I-promise blah. As he babbled and backpedalled, Wendy’s thoughts again turned to the waitress.

After eight months, they moved in together. Two years later, they married. In all that time, not a day went by that she didn’t, at least once, smile at the way Oscar said something. If not because of its content (because he had a wonderfully weird sense of humor), then because of its sheer aural hilarity. Sharing a home with Oscar was like living with a cartoon character who was blissfully unaware someone had drawn him. She wouldn’t have been surprised if one day, Oscar opened his body like a door to reveal inside was Mel Blanc, not that she knew what Mel Blanc looked like.

Now they were settled marrieds with two young children.

“Oh, they’re not going to get up,” Wendy told him, retrieving the second carton of eggs from the refrigerator. “Once they’re down, they stay down.”

“Neither did Giselle, but she went down just as quickly as Hector did.” She shifted gears. “And not to change the subject…”

“Which is exactly what you’re going to do, change the subject.”

“I’ve been thinking. Now my father would have a hissy fit if he found out I was suggesting this. He thinks if you don’t put the thanksgiving turkey in the frig the second the meal is over, you’re going to get food poisoning and die. But I really don’t want to get up at the crack of dawn and play Easter bunny. I say we gut up and do everything tonight. The eggs will be fine.”

“What about stray dogs who’ll come into our yard?”

“If they can scale that wooden fence, they deserve to get the eggs.”

“When have we ever had a snake?”

“I’m just fucking with you. There are going to be just as many dogs and snakes showing up as real Easter bunnies.”

She shot him a warning look. Oscar eyed the mugs.

“The grass is green.”

She smiled. Little sounded like “li’il” with really drunk Ls.

“Last year, they found all the eggs too easy. The hunt lasted five minutes,” he reminded her.

“It took them longer than that.”

“Putting a red egg on the…” Oscar stopped and she could see him going through the dictionary in his head looking for the right word. When he didn’t find one—or he realized that there may not be one—he continued, flattening his hand and moving it back and forth in the air a few times to indicate what he was talking about. “Putting a red egg on the…that…you know…the flat part…of the yellow slide…it looks like McDonald’s. The only thing that would have made it easier is if there was a big neon sign above it with an arrow pointing, ‘Egg here.’ I want them to have to work for it.”