Don't Put All Your Jesus Eggs In One Basket (page 5)

“And if they can’t find them, what are you going to do? Make them go out and look again?”

“What’s wrong about that?” he asked her, his tone indicating he thought she would say there was.

“Oscar, they’re four and three and our back yard is tiny with only two small trees and a jungle gym. It’s not like we have a forest or a maze of hedges to hide the eggs in. But if you happen to find some ingenious places, and you’re going to hide them hide them, write down where you put them. My father forgot where he hid a few one year and that was the year our problems with possums started. My mother never took out the trash again after dark.”

“You don’t take the trash out and we don’t have possums,” he noted.

“Will you get the baskets?”

By the time he returned, Wendy had already taken out the first batch of eggs and set out the jellybeans, the wrapped miniature candy bars, marshmallow Peeps, and two chocolate rabbits. Now she hovered over the saucepan, the infamous copper-colored wire egg tool bent accordingly, and delicately submerged the upcoming masterpieces. Oscar watched her.

“Make the baskets!” she said.

Oscar shook his head like he was snapping himself out of a trance. He tried to open the first package of grass, but the seal didn’t tear.

“Maybe you’re just not strong enough,” she teased him in a high little voice.

He dismissed her. “That’s not it.” Then he started opening drawers.

“The drawer by the refrigerator,” she said, knowing exactly what he was doing.

There, he found and extracted a pair of scissors. Once the bags were opened, he took the clumped, compressed balls of thin plastic strips and pulled them apart, dividing them between the two baskets. Static electricity caused strands to stick to his shirt.

“Are you sure you want to do it like that?” she asked.

“You’re right. I’m sorry. Do the baskets how you want to.”

He returned to his job.

“But you are going to make sure Giselle gets the white chocolate bunny?”

“White chocolate is an oxycontinmoron.”

“I’m a funny guy,” Oscar agreed, his head bobbing approvingly. “So much candy! Why are you giving them this much candy? It’s crazy.”

“Not all of it’s going to go in the basket. We’re going to make little nests of grass and put candy in the yard.”

“You’re going to make little nests of grass and put candy in the yard,” he corrected. “I’m going to hide the Jesus eggs.”

“They’re not Jesus eggs,” she giggled.

“Yes, that’s the way the story goes. Jesus gets killed and they put him in the tomb. Then the prostitute and his mother take three days to hide all the eggs. Then they go to the tomb, which is opened now, and they say, ‘Hey, Jesus, come out! We have eggs for you!’ And Jesus says, ‘Why eggs? I don’t even like eggs.’ And they tell him, ‘But they’re boiled eggs, Jesus. And we gave them all pretty colors.’ And Jesus says, ‘Why did you boil the eggs?’ And the prostitute says, ‘Did you want us to dye scrambled eggs? That would look disgusting! And we’ve been waiting three days, what took you so long? Now the eggs are bad.’ And Jesus says—”

“ALRIGHT! Alright!” Wendy said, talking and laughing at the same time. “You know, I’ve read the Bible and I don’t remember there being a Book of Oscar.”

“There should be. Christmas too! So early in the goddamn morning. It’s like Jesus is a rooster. ‘Cock-a-doodle-do! Get up! Time to worship me through capitalism!’ Chocolate crucifixes and candy crosses, that makes sense. But bunnies and eggs and baskets? It’s like a bunch of drunks came up with this holiday.”

Oscar picked up the box of pink Peeps. 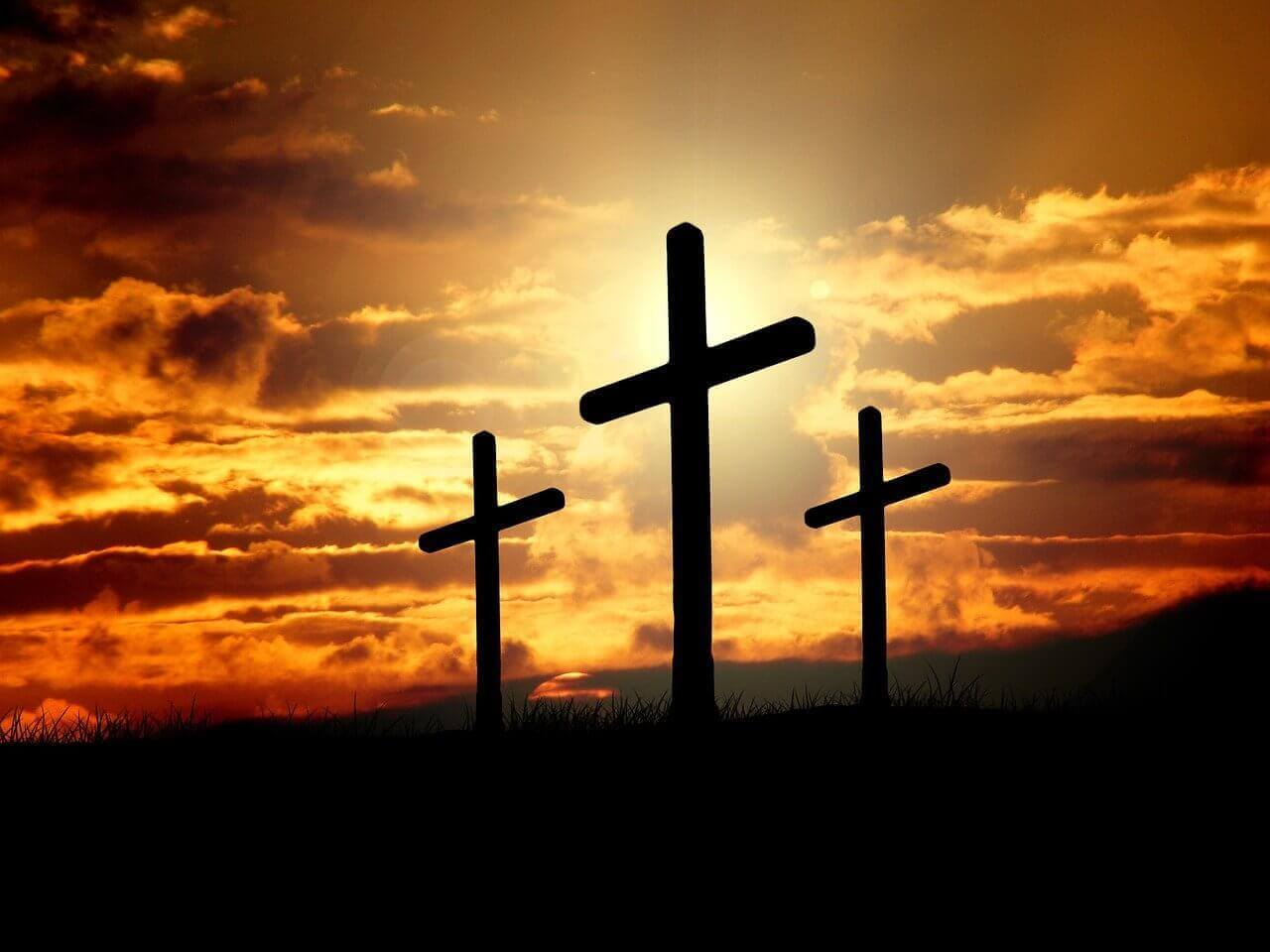 The muscles in her cheeks actually hurt she was flexing them so hard to keep quiet. Occasionally, he would get mad, or get his feelings hurt, if she laughed at him too much. Wendy had her back to him, so she thought he couldn’t tell, but he must have noticed something amiss.

“What’s the matter with you?”

“Nothing,” she said quickly.

“You’re laughing at me, aren’t you? What did I say? Pips? That’s what you call them, Pips. MarshMALlo Pips. What’s wrong with that?”

Her eyes were watering.

Trying to concentrate on her job, Wendy spaced the first batch of cooked eggs on the baking rack to cool.

“That will take forever,” Oscar said. From the cupboard, he took a large mixing bowl. From the freezer, ice. He filled the bowl with water and started putting the hot eggs into the ice bath. “See? I put the liquid chickens in here. Five minutes, they’re good. I’m genius.” Now, once again with nothing to do, he took out his phone and began scrolling. After a minute, he shared with her what he found to keep himself occupied. “How the hell did I miss all these albums coming out?”

“I don’t know who any of those people are. Except Perfume Genius. Buy that one.”

This was out of character. Oscar was a musician. He spent a fortune on music. She was used to it. He even joked about it before they were married. It was…weird. But before she had time to process this, Oscar was onto another band.

“Pretenders, man. Why? The Pretenders haven’t put out any music worth buying in thirty years.”

“I don’t like them as much as male singers,” he corrected her. “Here’s one for you. Rufus Wainwright.” Oscar tilted his head up and howled. “IIIII DON’T KNOOOOW HOW TO VOLUME CONTROOOOOL.”

“Sorry,” he said, shrugging his shoulders. “But not sorry, he gets on my nerves. He’s such a fairy.”

“Why can’t I say that? He is. Rufus Wainwright is a fairy. Perfume Genius is gay. But he’s not a fairy.”

“That makes no sense at all,” Wendy sighed.

“Perfume Genius makes music that you want to listen to. To decipher. To get. You listen to Wainwright and by the time he gets to the chorus, it’s too late. You’ve already blow your head off. He’s so obnoxious, his singing.”

…and watched him exhale in defeat. He placed his phone back on the counter.

“Hey, why are there no Easter songs?”

“I don’t know,” Wendy shook her head. Oscar was like a little kid. If he wasn’t so goddamn funny, she thought, he’d be exhausting.

“Jesus is born, he gets lots of songs. Jesus dies, he doesn’t get any.” He picked up the phone again, his thumb sliding along the glass.

“Death isn’t as peppy and consumer-friendly as the birth of a baby,” Wendy pointed out.

“But he resurrected. Death was temporary. They call it the Gospel. The Good News. Why don’t they act like it? To me, the fact that he rose from the dead is a bigger deal than being born. Babies are born all the time. When’s the last time you saw someone crawl out of a casket at their own funeral?” Suddenly, he tossed his phone down. “Fucking Grimes has a new album out.”

“I thought you liked Grimes.”

“She’s fucking Elon Musk. Now they are having a devil baby together. That is going to be one fucked up kid.” He walked to the counter where he had set the eggs in water. “Alright these are done now. Time to make the Jesus eggs.”