Don't Put All Your Jesus Eggs In One Basket (page 6)

For his first egg, Oscar only half-submerged it in the red dye, steadily holding it suspended for three straight minutes. “Look at these hands,” he told her. “No shaking.” Then he took the egg out, flipped it, and dipped it in the next color, again only half way. After another three minutes, he lifted the egg. The verdict was immediate.

“What’s wrong?” Wendy was afraid Oscar was going to get fancy with the task and they wouldn’t get to the actual hiding part until midnight.

“The kids won’t know the difference. Now get going, we’ve got 24 of these to do.”

At first, and as always is the way with these kinds of things, both Oscar and Wendy attacked their spring duty with all the dedication of a couple of monks and the precision of a pair of jewelers. So eggs 1-13 were actually quite pretty. The colors were rich and intense, most of them two-toned or even three-toned, and tastefully decorated with glittering stickers of unicorns, rainbows, chicks, and happy faces, or adorned with little faux gems glued to the shells. But by #14, the eggs were all coming out fairly monochromatic and the stickers were more slapped on than carefully placed. The gems were forsaken sometime around egg 15. When there was one egg left, Oscar took it and let the egg soak in each of the dyes for a few moments. After giving the egg its time in each of the dyes, he lifted out the egg to survey his creation. The egg was the color of a bruise, a disturbing and not all that attractive purple, almost black.

“We’re terrible parents,” Oscar said as he scanned the various ovoids. “These eggs need to be hidden. Hidden where they can never be found.”

“They’re not that bad.” Wendy took the black one from his hand. “I’m going to tell them that if they find a black egg, it’s magic and they’ll get a wish.”

Wendy began placing the eggs in one of the baskets. Oscar noticed what she was doing. Suddenly, he shouted at her.

He startled her so much, she jumped. “What?!” The reason took a moment in coming.

“Don’t put all your eggs in one basket,” he said in the same tone he would have used to tell her her mother just died.

Wendy stared at him. Then squinted her eyes at him.

“That’s what you’re doing,” he said. “You’re not supposed to do that. Everybody says so.”

Wendy was, of course, correct, and it didn’t take them any time at all to hide the two dozen eggs, although that job was left mostly to Oscar while Wendy arranged the baskets and crafted little nests of candy throughout the yard. When all the items were hidden (or not), Wendy sat down at the table on their small patio, Oscar coming to stand near her a moment later. He brandished the bruise-colored egg.

“Here’s your black magic egg,” Oscar said, holding it aloft between his thumb and index finger like a magician about to make the orb disappear. “I’m going to find a good hiding place for this.”

Wendy stretched her arms far above her and groaned, bringing down her hands to the top of her head. She dug her fingers deep into her thick blonde hair and raked her fingers through her wheat-hued mane.

“Should I open a bottle of wine? I feel like a glass of wine.” Following through with this plan, she stood. Oscar sat down.

“It’s late. Don’t you think we should save it for another time? We open that bottle and have just one glass, we’ll have to drink it all tomorrow or the next day and if we don’t, it will go bad.”

Wendy was surprised at how serious his suggestion was. And he must have noticed her reaction for he changed his tone from grave to goofy.

“Bad wine! Bad!” he said as if he was talking to their cat.

“Do you not want me to have a glass of wine?” she asked, slightly suspicious. Does he think I’m drinking too much or something?

“It’s late. I just think we should have wine another time.” 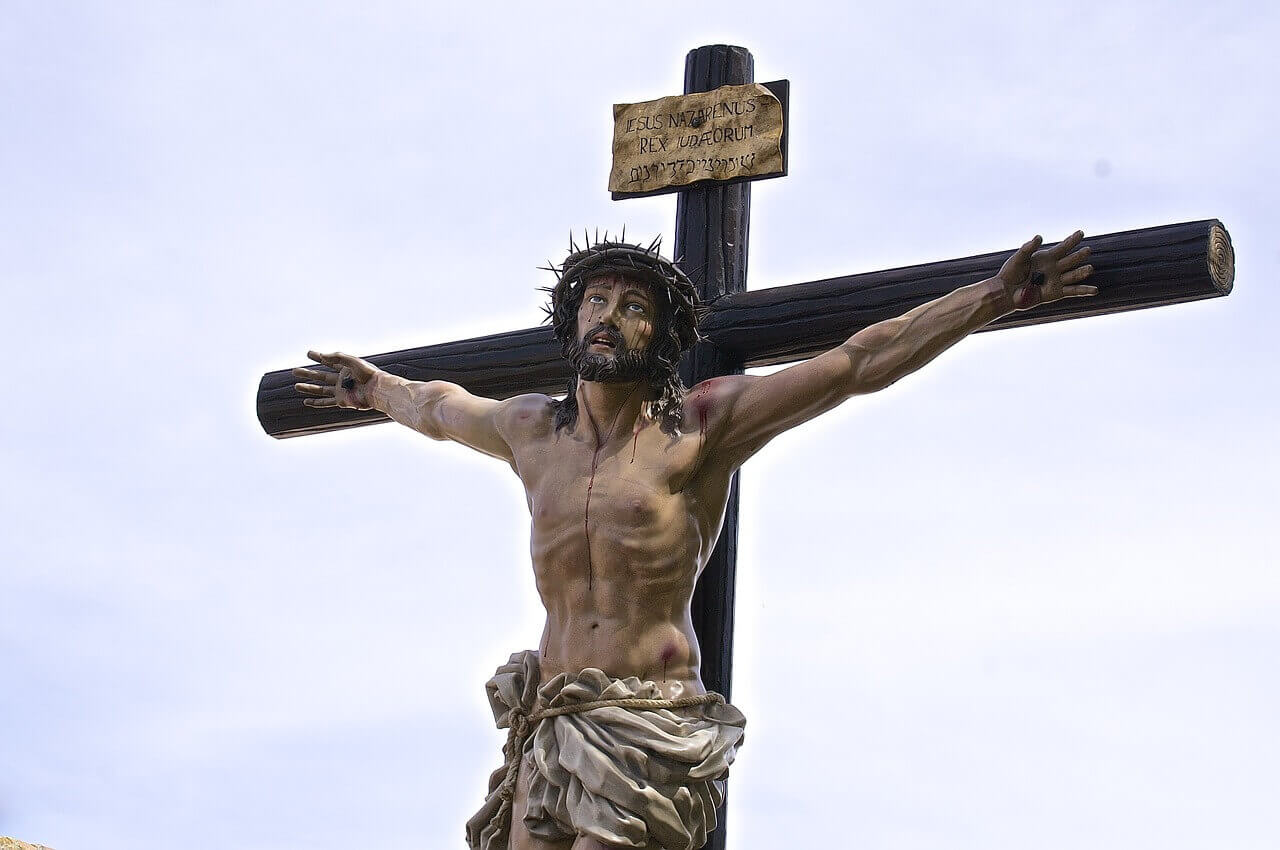 She looked at him as if this answer wasn’t enough.

He didn’t say anything right away.

“We need to start cutting back somewhere,” he told her at last.

“Cutting back on wine?”

“You don’t think we should start rationing things?”

Then suddenly it clicked.

Now she understood what was behind Oscar’s reticence to purchase any new music. Now she knew what he was referring to. But hearing it. The suggestion of it. Hopefully she was, perhaps, misreading what he was saying. But he soon cleared up any ambiguities.

“I’ve got maybe one week of work left on this immigration documentary. Clients have cancelled their upcoming sessions. They’ll have no reason to keep me.”

She was speechless. This was not how she expected their evening to go. He continued.

“The bars are all closed. What are they going to do with you?”

“Ryan hasn’t told me anything,” she said somewhat defensively. Ryan hadn’t told her anything directly. But her boss had made more than one mention of the immediate loss of revenue. He hinted at a troubling future. A lack of a future.

“First, the bartenders and waitstaff. Then the managers. The customers have already vanished. No one is going to want what you have to offer.” Even with his accent, nothing he was saying struck her as funny. “You know we don’t have any savings. Enough for this month. Maybe the next.”

She didn’t know what to say. Their family had a nice lifestyle. They never worried about the bills. But they hadn’t really started saving until the kids were born. And the kids were an expense, without a compensatory raise in salary for either of them to replenish expenses. Whatever money they were able to put into a savings account was miniscule.

“I’ve thought of the things we’d drop off, one by one,” he said, rolling the black egg from one palm to the next. “We’ll start small. I don’t want to get rid of the Times, but that’s over $40 a month. We have to keep internet, but we’ll cancel all our streaming services. The kids can watch shit on YouTube. We’re not paying childcare anymore, that’s something. We’ll buy off-brand. We’ll start to use the.…what are they called…the coupons? Yeah. Baby, I don’t see a whole lot of areas we can cut. We won’t be able to spend money on wine, we’ll have to put what money we have to food.”

“Are you saying we’re going to have to go to a food bank?” This was incredulous to her. But what he was telling Wendy wasn’t paranoid imagining. Each item he listed, she silently confirmed it, then felt this minuscule feeling of relief. That relief was quickly washed away by a tidal wave of dread.

“This is just beginning,” he said solemnly. “I’m not telling you anything you don’t already know. I haven’t wanted to bring it up either. But we have to talk about it. Now seems like a good a time as any.”

Was it? Really? Now? After they were just laughing and talking and arguing about best practices for egg dyeing? After they’d just indulged in an admittedly unbelievable ruse that she’d enjoyed when she was her children’s age?

But she knew he was right.

Was she going to bring it up? She had thought about it. Of course she’d thought about it. But she treated impending financial ruin with the same urgency she had with that slight toothache she had in January. Eventually this, too, would become impossible to ignore. And no dentist was going to take this pain away.

“I know,” she said quietly.

“We’ll drop the car insurance on my car and only drive yours, not that we’ll be driving all that much. To the grocery store only. Then we’ll drop homeowners insurance. Maybe they’ll let us skate the community maintenance fee? Then we’ll stop paying on my car.”

Numbly, she just tagged along with his list. She didn’t jump ahead of him. She didn’t offer a guess what the next ignored expense would be. She couldn’t. That was too scary. And what he was saying was frighting enough.

“Then we’ll stop paying on your car. What are they going to do? Come repossess them both?”

Would they? she wondered.

Oscar kept staring at the back yard. Eggs were plentiful. Answers were not.

What would we do without cars? What if the kids get sick? This isn’t happening.