Ida descended the three steps of the porch and walked back to her house. She turned around back to the Addleton’s house a few times during the trek back. Like if she turned around again, she’d see something that confirmed what just happened.

Lula’s going to shoot the moon.

Ida could practically see it on Lula’s face. Patsy and Glenda kept up good poker faces. But Lula? Lula was a walking tell.

It was the third Tuesday of the month, which meant it was the night all four got together at Ida’s house to play Hearts. Lula lived in an apartment, so she never hosted. Patsy told them years ago that she’d play but she’d never host, just didn’t like the pressure. Sometimes Glenda would offer her home, but they mostly played at Ida’s. Which suited Ida just fine. She didn’t have to drive. And she had the power to end the game when she tired of playing. One time Glenda had the nerve to suggest that if Ida was hosting, it’d be nice to have a coffee cake or something for them to snack on. Maybe Ida could purchase a quartet of pastries from the bakery. Ida didn’t know what to say. She thought maybe Patsy and Lula would come to her defense, but they kept silent.

“I don’t like to have sweets so late in the evening,” Ida said at last. “But if you want to, I’d be happy to provide the plates and the forks.”

That was the end of that. Coffee cake never came up again. Ida laid down an eight clubs.

“Did I tell you that my neighbor didn’t want to open the door for me today?” As she expected, the girls were horrified.

“I’m not surprised. People will believe anything,” Patsy said.

“They’ll stop at nothing. They’ve been after him since he took office. Nancy Pelosi,” Glenda said with disgust.

“And Schumer!” Lula said as she discarded a deuce. “His daughter or niece or whatever she is is that fat and foul-mouthed blonde girl.”

“You know, I switch over to CNN every so often. Just to see what lies they’re spreading,” Patsy told the group.

“Where have you been, Glenda?” Ida asked.

“You can tell just by looking. I bet that woman hasn’t been in a dress in thirty years,” guessed Lula.

“Oh, he probably would have hosed you down with Lysol. They’re the ones with that little girl, right?” Glenda asked.

“Little boy. You’d think he’s made of glass the way they baby him,” Ida said. Just talking about it again made her angry.

“I don’t see what any self-respecting American is doing in China anyway,” said Patsy.

“We’re so in bed with China now,” Glenda said. “You watch, that’s gonna be the death of us. What happens if they decide to call in that loan? What do you think is going to happen then?”

“Obviously we’re not going to pay it,” Lula predicted.

“I was just shocked my own neighbor had bought into this hoax,” Ida growled. “You think you know someone and then, lo and behold, you find out they’re just another anti-America liberal.”

“Just makes them crazy that he’s doing such a good job,” Lula said.

“You watch,” said Patsy. “This whole country is gonna shut down because the democrats caused a panic when it’s going to turn out to be no big deal.”

“What gets me,” Ida glowered, “is how they’re saying we’re the ones who are in the most danger. The way they’re trying to specifically scare seniors. Well, we’re showing them we’re too smart to fall for all their malarkey.”

Patsy laid down the first heart of this round.

He was going to disinfect that card. Just because I held it!

“And did I tell you he wouldn’t let his son even touch the envelope? Like you could actually catch it from an envelope.”

“And they’re all acting like it’s the end times,” mourned Glenda.

Well, I certainly won’t be here for that.

It was early in the morning. So when Ida heard the knock at the door, she couldn’t imagine who it’d be. Ida opened the door to see two men standing on her porch.

What do they want?

The men stood about three feet from the front door, smiling. 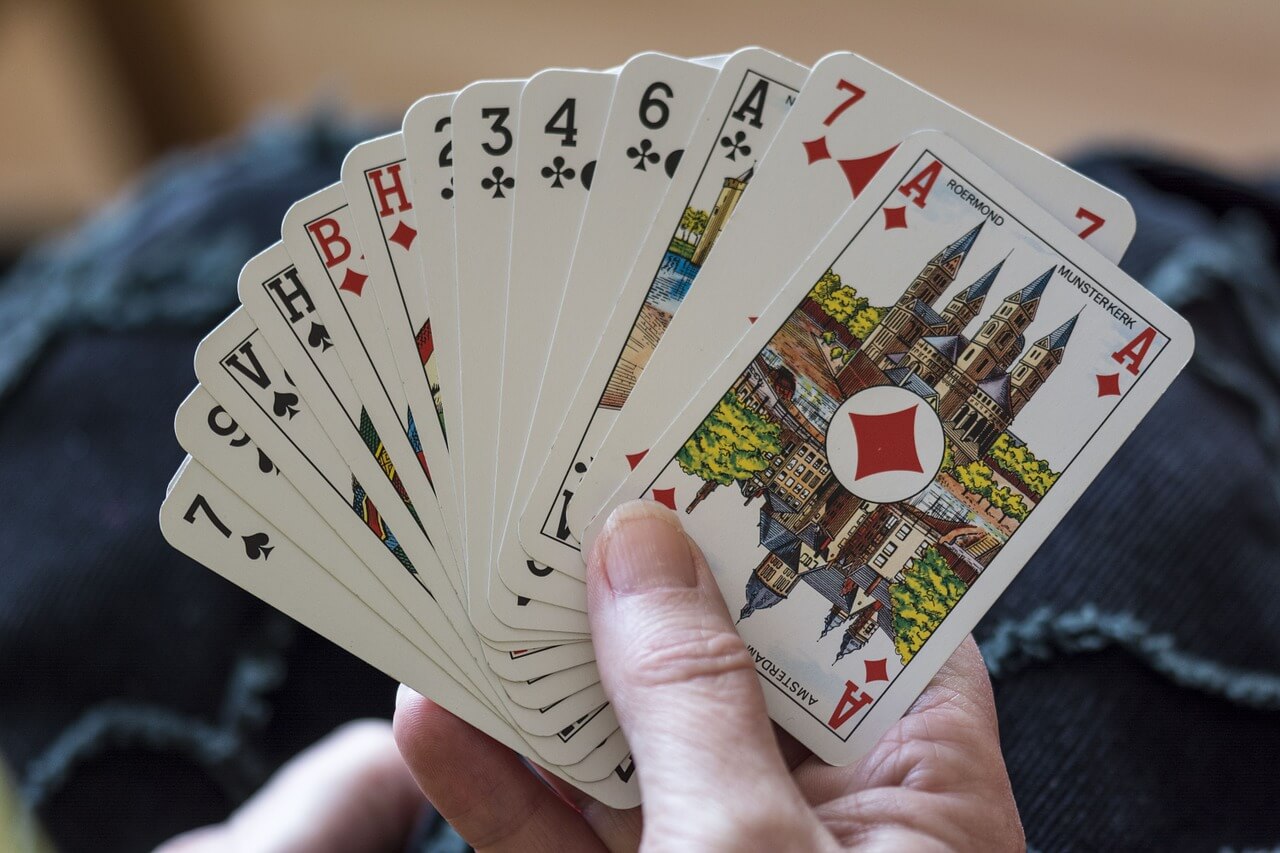 “Hi,” said one with the beard. “I’m Louis Pankam. This is my parter Sky Barnes.”

“We were wondering if we could help you,” Louis explained.

“We know you don’t know us,” started Louis.

“But we’ve seen you so many times when we’ve walked our dog. I’m sure you’ve seen us. We pass by your house almost every day.”

“We were going to the store and, you know how everything’s all…”

“Yeah. A little nuts. We wanted to know if you needed anything. From the store.”

“That way, you wouldn’t have to go out.” Then Louis looked stricken. “Or do you have someone helping you? I didn’t even think about that.”

“But if you don’t,” Sky interjected. “We’d be happy to do some shopping for you. We’re going to leave in about an hour. You could make a list. We could come back and get it.”

“Just drop the bags and disappear,” he laughed. “Poof.”

Poof alright. So nice of them, though.

“Maybe you’re already stocked up. We’re not. And we just figured if we’re going, then…”

They think just because I’m old and I’m supposedly high risk I’m not going to the store. Of course I’m going to the store. Although it would be nice to have someone do it for me. And they’re asking. Look at them. I can see how they’d react if I said, No thank you. It’d be like kicking a puppy.

“I could use a few items,” Ida agreed. “But I don’t want you to go to any extra trouble.”

“No trouble at all,” said Louis. “Like I said: we’re going anyway.”

The two men turned to leave. Sky made some kind of bending goodbye motion. What’s that supposed to mean? But Ida didn’t think anything else about it. She was already making up her list in her head, wondering how many items she could put on it without seeming like she was taking advantage of them.

Because I’m not, she thought. I would never.

“They’ll do anything,” he said.

Look at him sweat he’s so mad.

“Anything to keep you away from God! They want you to worship fear! Not place your trust in the Lord. Who provides for you? The Lord. Who died for you? Our Lord. What does He say about when two or more are gathered in His name?”

The church was packed and this encouraged her. See? Not everyone had lost their minds. Some people had their priorities straight.

“That He’s with you also!” yelled a man near the front of the church.

“Now the government is telling us we can’t have meetings of two or more! Did ya hear me on that? The government doesn’t want you to meet with your Christian brothers and sisters. Why? Because they want to keep you separated from your faith. That’s what they’re doing! They’re not gonna be happy until they’ve got every church abandoned. The doors closed, chains on the doors. God doesn’t live here anymore! There is a war on religion in this country and this is just the latest secular tactic to take God out of your life. You know, I got a call from the governor yesterday.”