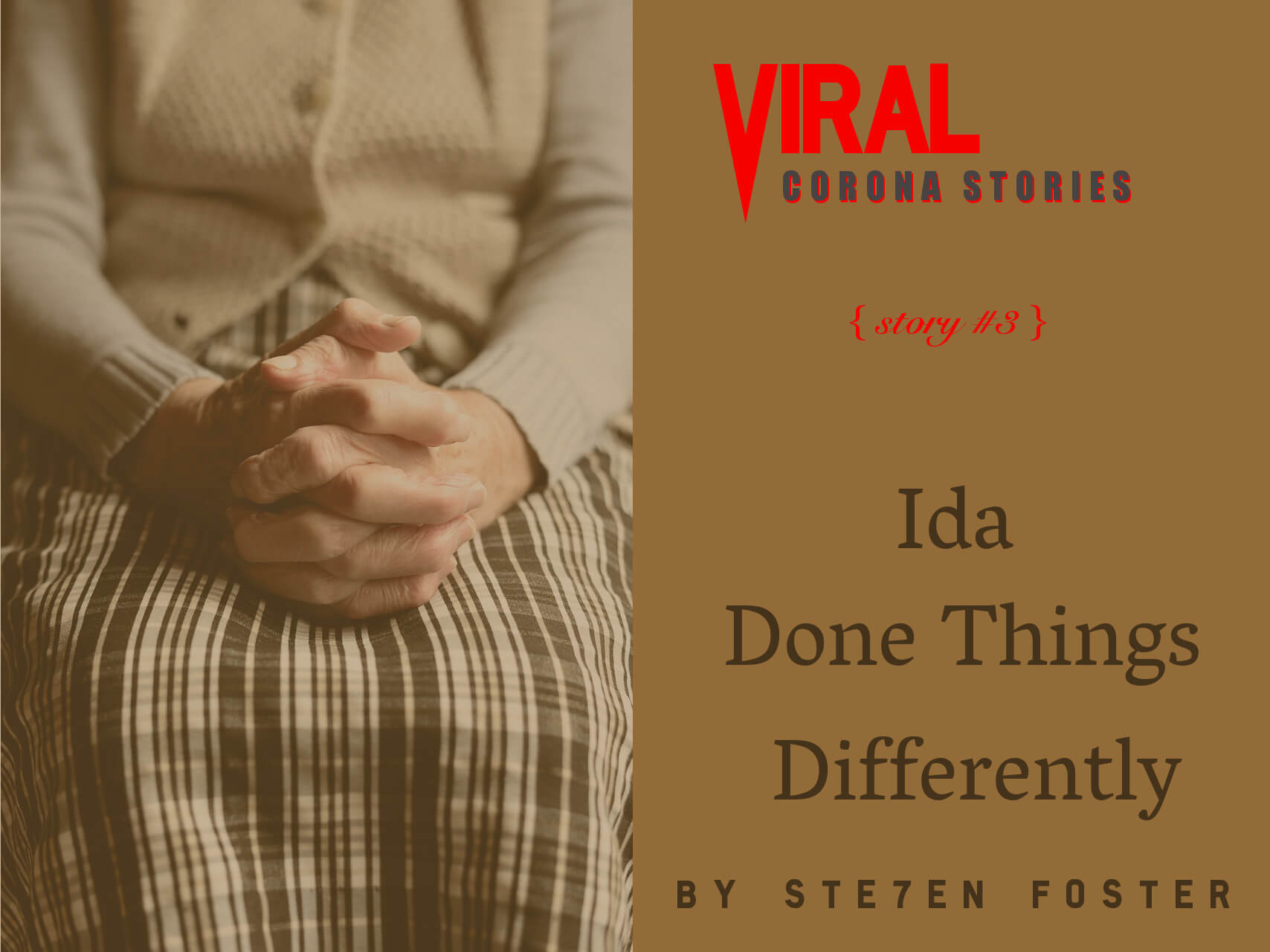 Global warming, or climate change, as those liberal doomsayers renamed it, isn’t really a thing.

They just like to find reasons to blame mankind for things. It’s like they hate the species they’re a member of. Why is that? It makes me so mad. Almost as mad as when they go and criticize the country. People say that and it’s true: if you don’t like America, move somewhere else. It’s a free country. That’s one of the things that’s so great about it, or have you forgotten? I’d like to see you get away with talking like that in North Korea or China. They’d knock you over the head and nobody’d ever see or hear from you again.

Now what the heck is this?

It was an oddly shaped envelope. Looked very much like a greeting card. It wasn’t her birthday, so Ida Caffrey, ever on the alert for something out of order or unusual, was immediately suspicious.

The rest of the mail was mostly circulars for the Safeway nearby and a few regular sized envelopes. She took that stack, placed it under her arm, giving her two free hands to deal with the card. She turned it over.

Oh, it’s Grey’s birthday! That little rascal. He must be turning five. Now why didn’t his mother tell me his birthday was coming up? I could have gotten him a little something. A book maybe.

Ida missed the previous owners of the house next door to her, the O’Sheas. Martin and Sheila were close to Ida’s age, so she never had to worry about them having any wild parties or their guests parking in front of her house. Ida didn’t like that.

What if someone wanted to come visit me? Where would they park?

That was how Ida saw it. But the O’Sheas grew tired of the constant tasks one must do to keep a house in order. Like cut the grass in the summer, shovel the driveway in winter, etc.

Ever since Martin retired, it’s like he got lazy. But isn’t that the way? You stop one thing in your life and you start to let all your duties turn into drudgeries.

She should have seen it coming, she told herself. But it came as a surprise when Sheila came over and gave her the news.

“A retirement community?” Ida asked, not concerned at all that her tone might be read as judgement. “You’re both in fine health. Why would you want to give up your house and move into an apartment for goodness’ sake, so close quarters with all those other people?”

“What do we need all this space for? It’s a waste of electricity, heating all those rooms we never even go in or use,” Sheila told her, running her fingers through her long red waves. Ida thought Sheila wore her hair too long for a woman her age. And the dye job was far too orange. Made her look cheap.

But the real issue wasn’t that Martin and Sheila would be leaving. The big question was who would move in after they left? The neighborhood had gone through so much change in the last ten years. Now the street consisted of young families with children. Little children. That meant balls being kicked into her yard. Having to look extra carefully when backing out of the driveway. The doorbell ringing all Halloween night. And every time the elementary school in the neighborhood was having one of their fundraisers, she’d have to be interrupted by impolite and inarticulate children selling her bars of bargain chocolate or magazines she didn’t want to read or overpriced cookies. Then she’d have to buy them. She didn’t want them leaving dog excrement in a paper sack and lighting it on fire on the spot where she’d have a welcome mat—if she in fact had a welcome mat—in retaliation.

Dog pooh on my shoes. I’d have to throw them away. And you just know I’d be wearing my good pair, my SAS.

Or, her real nightmare, someone who’d just buy the house to rent it.

Renters never take care of a property like owners do. It’s just a fact.

As soon as the For Sale sign went up in the front yard, in her mind, Ida already had it sold, then rented to three fraternity types who played their music too loud and always had beer cans on their lawn. And hers.

Ida spent a lot of time hovering on her front porch after the house sold, waiting for the day the moving van showed up. Ida figured she’d get to know them right away. Not by meeting them. But by seeing what kind of furniture they had. Ida knew quality. She also knew that if there were bright colors or anything too contemporary it signaled a family that was probably going to be unfriendly. Real uppity. So imagine her relief when the Addletons moved in.

The man was good looking and very fit. The kind of neighbor who would offer to shovel an elderly woman’s drive for her in the winter. His wife she wasn’t as keen on. She worked. The one time Ida asked her what she did, the woman went on and on about her career as an in-house attorney for a solar outfit or something, Ida couldn’t remember. This only meant that Ida had to be concerned about another person, this nanny or whoever they were going to have in their home because this Addleton woman didn’t look like the kind of mother who picked up toys and had dinner for her husband waiting on the table. Not without some assistance at least. 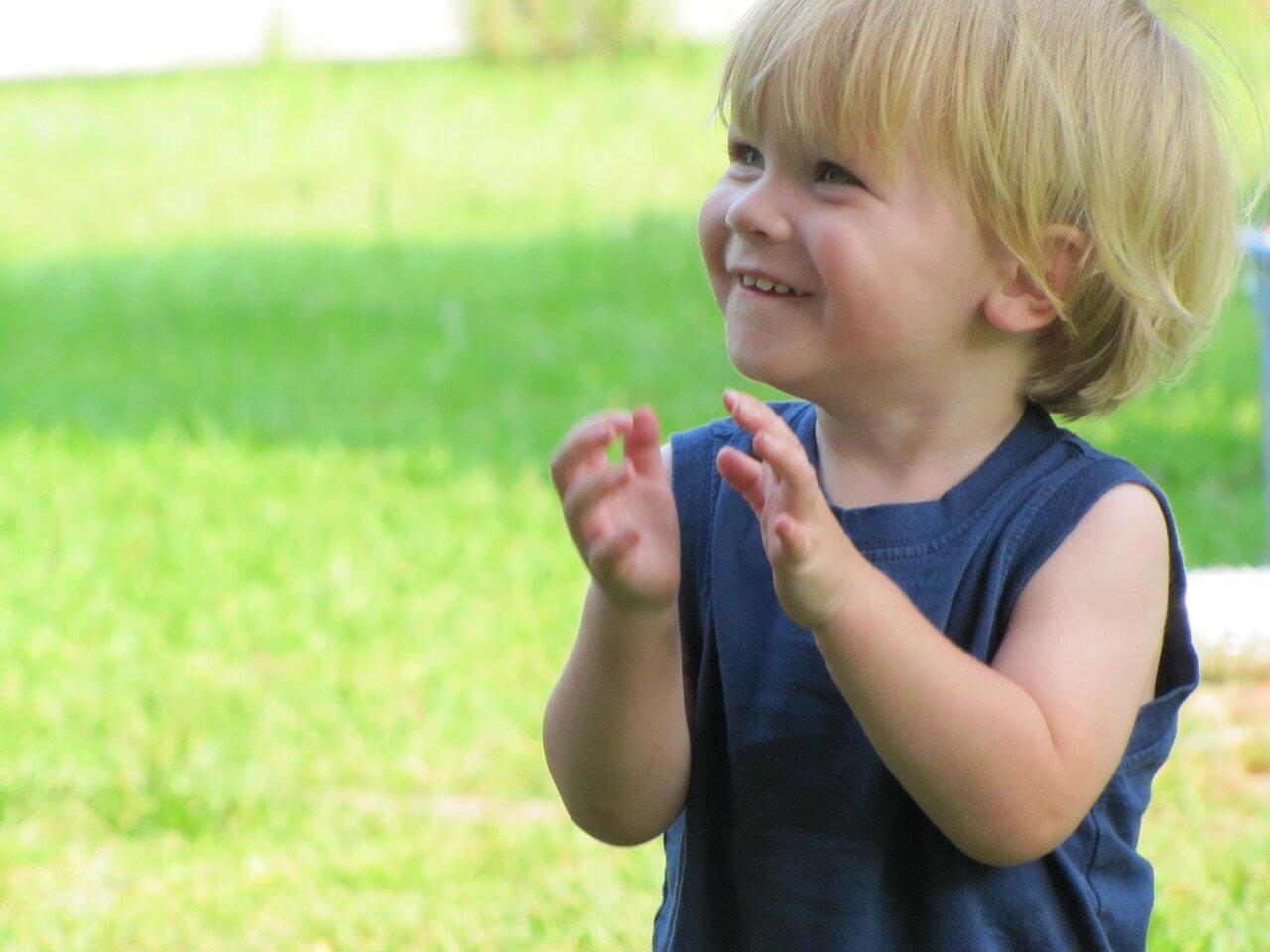 Do both parents really have to work these days? Ida doubted it. They just don’t want to sacrifice. They want to have the latest car and the nicest things. What’s the matter with families today? Prioritizing material possessions over their own children’s wellbeing. It’s just a fact that children of working mothers aren’t as well-adapted as children whose mother cared enough to stay home with them.

It was Ida’s belief: If a married couple wanted to have kids, then they had to actually be parents. Too many parents fell in love with babies. Then when the kids grew up, they weren’t cute anymore and the parents could take them or leave them.

It was a weekday, she doubted the Addletons were at home.

But both cars are there. That’s strange.

She put her mail on her kitchen table and then walked next door to give them the mis-delivered birthday card. Ida took note of the welcome mat. I (MUSTACHE) YOU TO REMOVE YOUR (FOOTPRINTS).

What the heck does that mean? I mustache you. Stupid. And I’m not taking my shoes off for anybody. Why would they ask such a thing? The Addletons aren’t Japanese. Oh, that’s it. They’re just trying to be “cool.” Well I don’t think having people take their shoes off when they come into your home is cool. It’s pushy.

She was all smiles when she saw the husband’s face through the window on the door.

When he invites me in, I’ll just say I can’t stay.

What’s the matter with him? Why isn’t he opening the door?

You could open the door.

“No,” she stuttered, completely thrown by this closed door situation. We practically have to shout at each other. “I got a piece of your mail by mistake. It’s that new mailman, you know. That Hispanic. I don’t know what happened to our regular postman. Is it Grey’s birthday?”

“Is it Grey’s birthday? I think it’s a birthday card. Who is Margaret Pierce? An aunt of his or something?”

That’s just going overboard. A great aunt? Great aunts aren’t obligated to buy their great nephews presents. I think it’s generous if an actual aunt does. It’s only a card, though.

“You can just put it in the mailbox. Thank you.”

Like I’m your mailman? Ida was almost indignant. And if she thought that was rude: Now he’s not even looking at me. What’s he looking at?

He’s talking to Grey! Of course.

She listened closer. His voice fluctuated in volume. She was only able to catch the occasional word.

The “honeys” were shouted into the house. Why is his wife getting involved? Finally he returned his gaze to Ida.

“Grey wants to see who it is. Could you step back please?”

“So Grey can see you. Just to the edge of the porch.”

Maybe he’s going to run up to hug me. Children did that sometimes. Ida hoped his hands weren’t sticky.

Ida stepped back a few feet. The door opened and Addleton squat down next to his son.

Mr. Addleton looked at the envelope, still clenched in her hand. He took a step forward and stuck his arm out, keeping his distance.

What’s the matter with him? What does he think I’m going to do? Bite him?

She held out the card. He bent forward, reaching like he was actually trying to elongate his arm. She leaned a little more forward too. Quickly, he snatched it. Then the little boy reached for it.

Now it all made sense to her.

Oh for the love of Pete. Him too.

Look at that! They turning people into suckers. Fox was right. They are scaring people. Then the implication hit her. Me? What, did he think? I had it? How would I get a Chinese virus? It’s not just ridiculous, it’s offensive.