The Words (Right Out of My Mouth) Page 5

She kept hearing his commands over and over the whole day. After several hours of this, she began to long for sleep so she would stop reliving the scene. Then bedtime came and despite her smiling, loving, motherly demeanor, she was dreading the moment. After covering him, she lingered by his bed for a few seconds but when she realized she was waiting for a request for a kiss that was quickly becoming evident was not coming, she chided herself for hoping the moment was going to play out differently. The ache of not feeling the echo of his skin against her lips, she walked away. Then, when her head hit the pillow, “Mom! Don’t. DON’T etc.” played over and over again in her head until she was finally able to drift off. The next morning, instead of greeting a brand new day, she woke up in a sour mood, an obvious hangover from the mean-spirited spirit Cain served her the night before, straight up, no chaser. But Page preferred not to look at a dark future, so she thought to herself maybe that was what was behind Cain’s nasty little outburst yesterday. He was just in a bad mood. It was temporary. But downstairs in the kitchen, after she’d given him his bowl of cereal, she walked by him and smoothed her hand on the top of his head, by habit more than anything. He recoiled from her with the speed of a flinch. It was like her very hand was repulsive to him.

“Mom!” He was actually frustrated. “No more. I told you!”

And he was never her little boy again.

But this No-Contact Cain didn’t last forever. His second phase began his sophomore year in high school. She didn’t see this one coming either. In hindsight, of course, she should have suspected something was amiss when Cain asked to go shopping. Normally, not a strange request. What was unusual about it this time was that he asked his father to take him. She thought nothing of it. In fact, Page was glad they were going to spend some time together. She continued her hands-off approach when they returned, and didn’t ask to see what was in the bags Cain came in with and carried straight to his room. She didn’t even inquire if they had a good time or not. But when she was alone with Michael and they were getting ready for bed:

“A lotta black,” Michael said. She thought this was peculiar but when Michael’s voice sounded slightly perplexed, she grew nervous.

Cain didn’t transform over night. At first, it seemed like it was just a penchant for wearing black concert T-shirts and black Ts that said things like Doom Generation, one O being planet earth and the other O the post-apocalyptic version. Or her personal favorite, a black-and-white comic book illustration of a man and woman kissing with the bubble, Love is an illusion and the brutal persistence of time will destroy you. But then she noticed he hadn’t worn a pair of blue jeans or khakis in two weeks. She held her tongue. She didn’t say anything as he let his hair grow, either. But she did tell him to keep it out of his face when that became the style du jour. She gently suggested a haircut. He told her he didn’t like his barber anymore and wanted to go to some salon she’d never heard of in Cannonburough. He only listened to My Chemical Romance, Green Day, and Morrissey. How did he ever even hear of Morrissey much less hear Morrissey? was what Page wanted to know. A black leather and silver studded bracelet appeared on his wrist along with several loops of black cord and rubber. He had four pair of nice casual shoes and four pairs of mint-condition sneakers but she never saw those because he always stomped around in Doc Martens. Good friends like Terry Susser, Max Ebby, and Clark Cayson were never seen again. He talked less and less. He was always on his phone. The few times Page was able to glance at the screen behind his back or tried to peer over his shoulder, he wasn’t texting someone, he was reading. What, she never knew. They began enforcing a No Phone policy at dinner. But without the phone, he just ate in silence or, answered in one of three words: No, Yes, and mostly Nothing. Nothing because that’s what he was always doing or going to do, Nothing was wrong with him, Nothing was what he needed, he wanted Nothing. Again, bedtime became prime time for discussion.

“Goooooth,” Page moaned. “Why did it have to be goth?”

“Maybe he met some girl.”

This gave her hope. Whoever she was, she was a bad influence on him. If it was a girl, they could break up. “You think that’s what it is?”

Maybe he hadn’t changed that much. Maybe she just hated the look. Because she did hate the look. She thought it made him look trashy and irresponsible. But soon it became obvious this wasn’t just a short fashion obsession, it was a “thing.”

Independent of each other, they had a hunch. And when Page confessed, Michael admitted he shared her fear. Then she and Michael, as lightly and blithely as possible, asked him if he was using drugs. 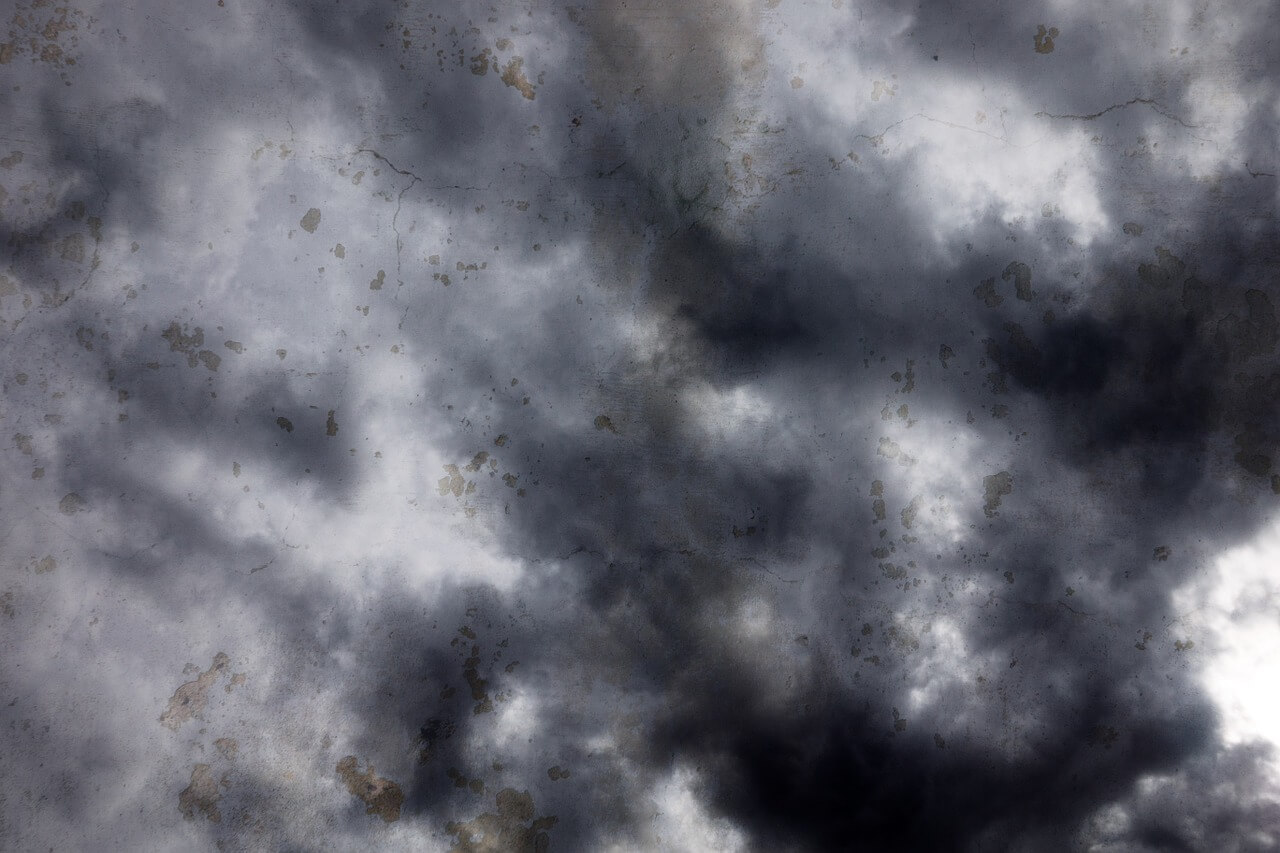 Stop it. You’re not disappointed, are you? But in a way, she was. It would explain everything. If he was a casual user, they could take steps to stop the behavior. If he was an addict, they would seek help. But it wasn’t drugs.

“Are you in some kind of trouble?” Michael asked.

“Someone your seeing?” Page went to the unhappy opposite. “Did you break up with someone?”

“Are you depressed?” she asked and a look came over his eyes.

“No more than is appropriate.”

The speed of his response, the conviction in it stunned her. Its vagueness unnerved her. So she was relieved when Michael asked what that meant by that. When he listed his reasons in a passion-free voice, he recited the usual suspects: climate change, partisan politics instead of legislative progress, perpetual racism, and guilt, which prompted Page to speak up.

“What do you have to feel guilty about?”

Then he bemoaned every blessing and advantage they had. How it was just cosmic luck—and totally unfair—that he was born Cain Atkinson, total WASP, solid middle class, with two loving parents, not “some other kid from a different station whose father had to give him The Talk (he said this in air quotes) about police. If he even had a father.”

“Is that racist?” she asked, screwing up her face. She was nervous, otherwise she never would have tried making a joke. She was a lousy joker and she could tell by Cain’s face he saw no humor in it.

“It’s not racist when you know kids like that,” he replied, his timbre as dark as his wardrobe.

“Maybe he’s just not a talker,” Michael said later, trying to make her feel better. “That’s just the kind of person he is.”

“But he wasn’t always like that. It happened when—”

“He grew up?” her husband asked. “He was a kid like every kid. Now he’s older, coming into his own. Maybe he looked around at all the yapping idiots in this world and decided he didn’t want to be like them.”

The appearance of Disdain Cain didn’t have the sharp demarkation a chin push and a Jacob’s Ladder headshake from the previous Cain 2.0 did. Oh, it hurt, too. But differently. The first, when he was younger, was a clear rejection, immediate and everlasting. Something had ended and that was final. This new evolution felt more like a loss, one that had no ending. It just…kept ending. This Cain didn’t slam the door in her face. This door was still open, gifting her the constant yet ever-changing view of him drifting further and further away. So much so that when he finally left for college, it felt like it was simply a physical manifestation of what had emotionally happened three years earlier. In some ways, it hurt less that he was gone.

To her joy, color was introduced again into his wardrobe his sophomore year in college. He came home for Thanksgiving and didn’t look like an extra in a Tim Burton movie. Instead, he was a handsome, wholesome kid from the halls of Riverdale. It didn’t seem like Morrissey was playing on an endless loop in his head either. Every time he’d come home on break or for a holiday, Cain would seem happy to be home, and truly glad to see them.

But after the natural joy of reunion ebbed and all catch-up conversations were exhausted, he was just like he was in high school. You wanted to rub the paddles, put them against his chest, yell “Clear!” and hope for the best. But Cain didn’t hurt her nearly as much. And he hadn’t since he was sixteen.

That’s when Holly was born.