The Words (Right Out of My Mouth) Page 7 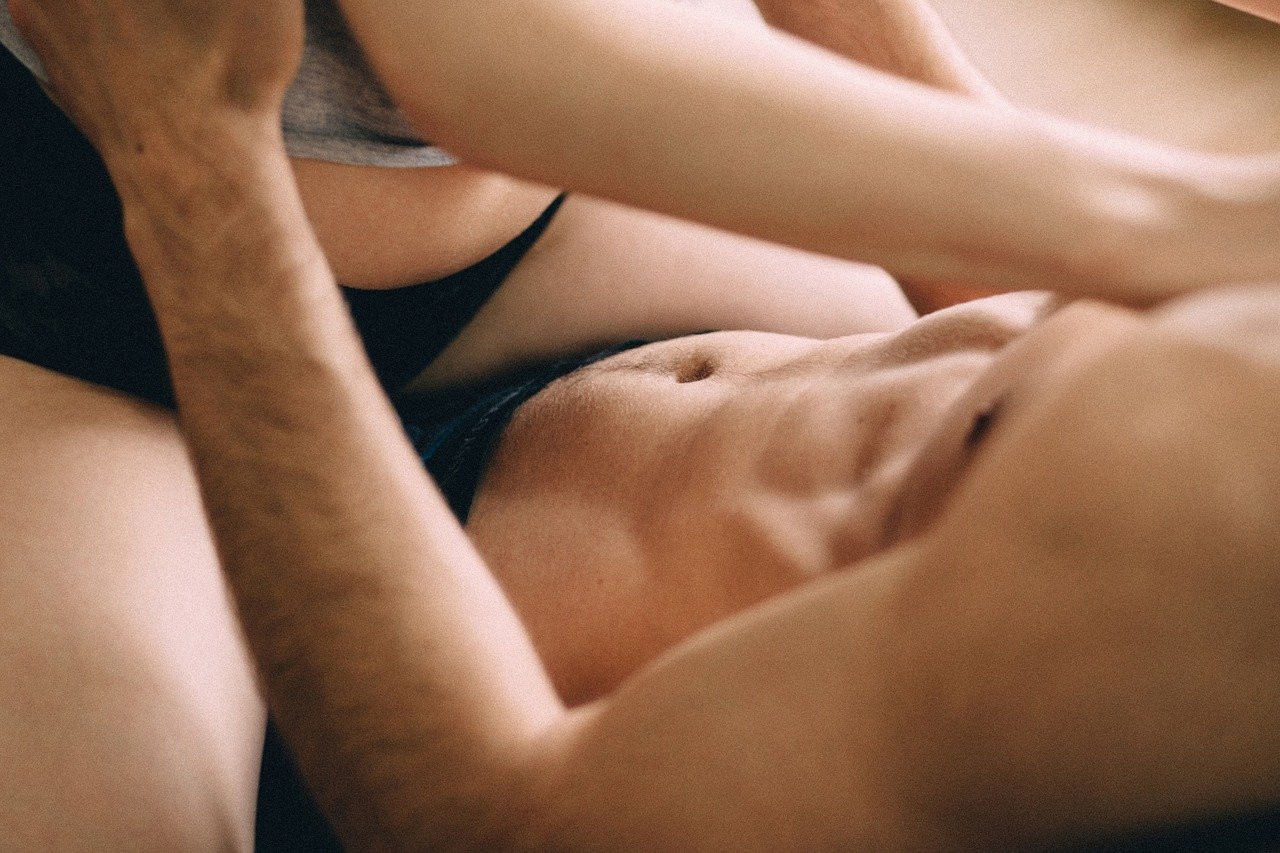 Now there was this.

Cain, sitting at his window, staring at the tree with the same intensity he did sixteen years ago. Sixteen years ago, when he talked to her all the time. When he’d let her nuzzle him, let her snuggle with him. She remembered snuggling with him that night.

“Every time you see that ribbon, I want you to remember two things,” Page told the boy. “One, that ribbon tells that tree that this is his home.”

“And my home is right next to his home so we can be friends.”

“Exactly. And the second thing I want you to remember is that your daddy would do anything for you.” She looked into his eyes and she wasn’t sure, but it seemed he wasn’t looking at her.

Page looked behind her to see Michael standing in Cain’s bedroom doorway with ramrod posture and his hands on his hips. But after they’d witnessed his Superman stance, he deflated, imitating the sound of a flattening balloon.

“Yes, thank you, Daddy.” She turned back to Cain. “Your Daddy is very brave! He is a hero. Mommy’s going to have to do something special nice for Daddy tonight.”

“Goodnight, Cain. I love you.” She kissed his cheek.

She joined Michael in the hall and shut Cain’s door. Now they were alone.

“Oral’s just the opener,” she grinned.

Michael raised his eyebrows three times quickly and howled once. But quietly.

That was hot that night, she thought to herself. But she and Michael always had an active, pleasurable sex life that they, knock wood, both enjoyed to this day. Sex with Michael gave Page a sense they were connected, in their souls. It was similar to what she felt with her daughter, without any romantic affiliation of course. Whether it was because Holly was still so young, life and maturity hadn’t brought any real obstructions yet, or if it was the mysterious Mother-Daughter bond that everyone always talks about, she didn’t know. But the bond with her daughter, like her connection with her husband, kept her from feeling like she could just float away at any moment. Something real and permanent tethered her to the world. Or to life. Her life. She had it with Cain once. That tie had been severed years ago. Any inner, invisible connection with him didn’t exist anymore. As she thought of this, she realized that maybe that was why it bothered her more now. His presence, the fact that he was in the house, only reminded her he was no closer than he was when he was away at school. The common interpretation of the Sistine Chapel was all wrong. God wasn’t giving man life. He wasn’t reaching out to touch him.

They were drifting apart. 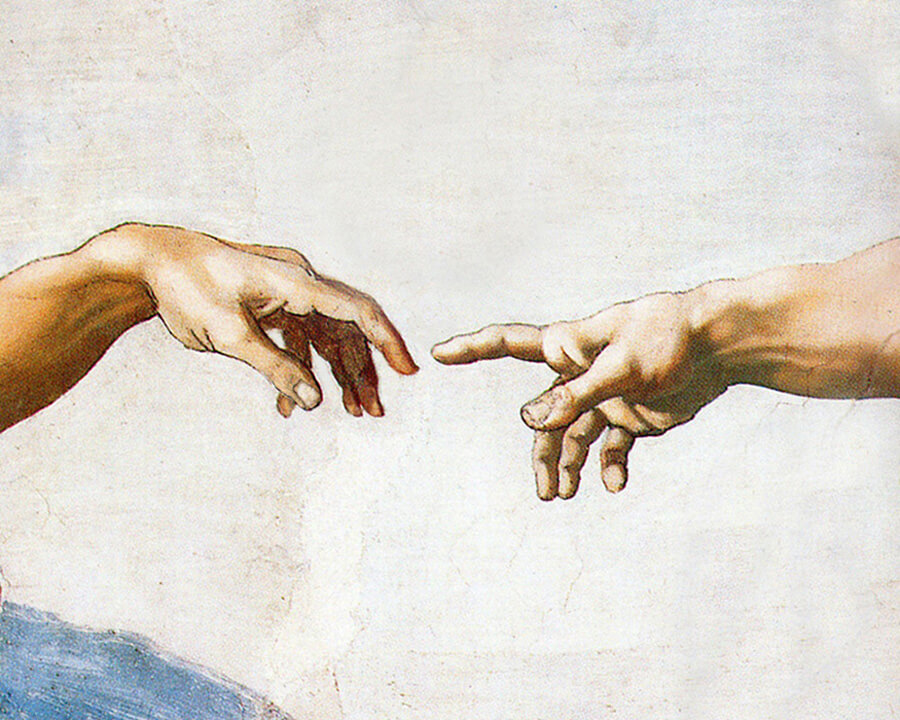 The front door opened, drawing both her eyes and her attention from Cain in the window. Out came Michael and Holly dancing around him, wearing her princess dress. Page stood up and met her husband in the middle of the walk. Holly circled them, holding aloft a stuffed, glittering, mostly purple, winged unicorn, the gossamer wings of her dress flapped blandly, their wire frame wilted from months of abuse.

“We’re going to pick up dinner. I ordered from The Red Door so you wouldn’t have to cook tonight,” he told her, then adding before she could say anything: “Yes, I got you a Greek salad”

“Did you ask Cain if he wanted to go with you?”

“Where was he when you asked him?”

“What do you mean where was he when I asked him? He was in his room.”

Page tried not to grow frustrated. “Where in his room?”

“Sitting in the window.”

“I didn’t take notes! About thirty minutes ago if I had to guess. We would have left then but someone wanted to change clothes.”

“Holly,” Page said, grabbing her daughter’s hand as she whizzed by, “why don’t you go get in the car and Daddy will be with you in a minute?”

“I’m going to fly there…with…Sparkle!” the child squealed, and “flew” the unicorn toward the Tahoe.

“I think he’s been up at that window the whole time I’ve been out here,” Page told Michael. “For hours. Just staring.”

“At the tree?” He turned around, looked at the window, the tree, and then turned back to his wife. “He’s a little old to be scared of that tree.”

“I’m not putting another ribbon in that tree.”

“He’s probably just thinking about things,” Michael said, slightly tired of and a little confused by the conversation.

“I don’t know. Why don’t you ask him?” Michael took her gloved hand and kissed it. “Make him a glass of your mint lemonade. He always likes that. The beds look nice.”

Page kept hold of his hand until his gait separated them. After he climbed into the Tahoe, Holly waved at her mother continually until the car was out of eyesight. When she was gone, Page lowered her waving hand. She then collected the trash and her tools, and within a few trips, she had all the trash put in the garbage or recycling cans and the tools in their rightful place.

She usually had mint (along with fresh basil and rosemary) on hand and confirmed this as soon as she looked in the refrigerator. In a glass pitcher, she muddled mint, squeezed fresh lemon juice, poured in a cup of sugar, then filtered water. She filled two tall tea glasses with ice, poured the summer elixir she’d made since Cain was a boy, and with one in each hand, she took them upstairs.

When she came to stand in her son’s doorway, he was still sitting on the window bench. But Cain was tall so his legs were bent at the knees to fit between the walls. He had his head turned to the right, looking out the window. Her hands were full, so she couldn’t rap on the doorjamb.

“Does it have any vodka in it?”

His response was immediate, but it wasn’t excited. He sounded defeated, resigned. There was a carelessness to his tone that disturbed her. It wasn’t disrespectful. It had a strange familiarity to it. As if he ordered drinks from her all the time and she always mixed them to his liking, but now she’d messed it up and somehow he knew it, already sounding disappointed before he even tasted it. She felt scolded, and small.

“I’ll be right back,” she replied.